How Many Trees Are Planted Each Year? Full List By Country, Type, Year 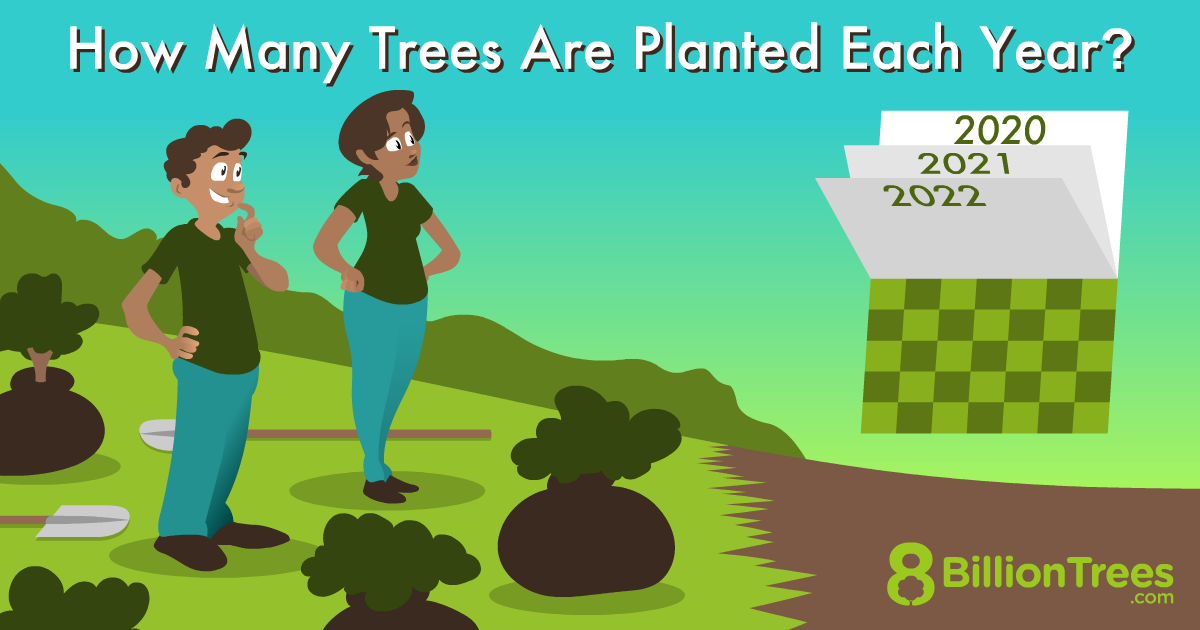 How many trees are planted each year? The number may surprise you.

Tree planting was, and continues to be one of the most sustainable actions anyone can take, because trees are a very powerful carbon conversion ‘technology,’ built by nature.

Ideally, to achieve sustainability and a healthy environment, it is necessary to plant more trees than those which are lost every year.

Related Reading: How many pieces of paper in a tree?

How Many Trees Are Planted Every Year? What Types and How Many Should You Plant?

According to compiled statistics, including the United Nations Environmental Program, approximately 1.9 billion trees are planted yearly.1

The world plans to plant at least 1 trillion trees by 2030.9

As you would expect, countries with huge landmasses and wealth like China or those that emphasize environmental sustainability are the ones that plant most of these trees. Nonetheless, many small countries are significantly impacting the tree planting plan.

A good example is Ethiopia, which is 2019, set a world record by planting close to 350 million trees in a day as one of its contributions to recovering its bygone forest cover.

It’s important to note that many of the planted trees are softwoods and hardwoods used to manufacture a variety of things, from paper goods to furniture and building materials. However, ornamental trees make up some of the types planted, and many of the trees included in the following lists are specifically native ‘reforestation’ projects that plant species that have been removed, in order to rebuild habitats and ecosystems. Here is a table of continents and how they are planting trees.

How Many Trees Are Being Planted Each Year in the World? Is It Enough?

Many countries have public and private tree planting initiatives that encourage the restoration of the dwindled forest cover. Undoubtedly, developed nations are leading this plan, with many planting millions of trees over the decades. Most are matching the number of forest cover lost each year.

While the world has a long way to go to reach the required tree planting levels, data shows that some parts are making much progress. For example, the University of Maryland released a report that shows that in the past 40 years,8 800,000 sq. miles of trees have been replanted. How many trees are planted per year? That would be 1.9 billion trees annually.

Nations like the United States, which has a considerable share in the world’s tree cover area, boast of having the most replanting numbers and maintaining a good tree harvesting and replanting ratio.

Here is a table that shows the approximate number of trees some major countries plant around the world. It ranks these countries from those that plant the most to the least.

*Note that these figures are estimates derived from various non-governmental and independent-sponsored research.

How Many Trees Get Cut Down a Day? Should You Get Worried?

According to Nature, a science journal, close to 42 million trees get cut down every day.3 This number amounts to 15 billion trees every year. Its research team, led by Crowther Thomas of the Institute of Ecology, Wageningen, Netherlands, insists on how the increase in human activities may reduce the 3 trillion trees on earth.7 The journal estimates the number of trees globally has reduced to close to 46% compared to the start of human civilization close to 12 centuries ago.3 Continuing to harvest trees in large numbers yearly isn’t sustainable.

How Many Trees Are Planted in the US Each Year? Does More Need To Be Done?

How many trees are planted per year? Every year, the United States plants more than 1 billion trees.2 In contrast, Canada plants 600 million trees annually. For over 50 consecutive years, both nations have had a net forest growth that superseded annual forest harvests due to sustainable forest management.2

In North America, many more trees are grown than those harvested. The forests here are a renewable resource that is constantly and continuously filled up by sustainable forest management. The net forest area in the United States has been steady since the 20th century and increased by close to 2% between 2007 and 2017 (752-765 million acres).

Every year, the forests in the US grow more trees than are harvested. Tree removal and felling occur on less than 2.1% of forest land annually compared to 3% affected yearly by fire, disease, and insects. The country has sustainable forest certification, practices, and government regulations that ensure mandatory regeneration to guarantee that harvested areas continue producing forests.

Approximately 11 million private forest owners account for more than half the forest cover area in the United States. In 2017, these individuals provided close to 89% of the country’s domestically produced paper products and wood. The income they get from trees encourages them to renew, sustainably manage and maintain this valuable resource.

How Much Does Planting Trees and Forests Impact Carbon Emissions? Will It Stop Climate Change?

Trees are one of the most efficient and popular ways of combating global warming. With countries making baby steps in controlling the amount of carbon they emit; many advocates and governments have come up with plans to plant many trees to cleanse the atmosphere of carbon dioxide to slow climate change.

A study published in the Science journal came up with a strategy on how to stop climate change by estimating the global potential through forest land restoration. The research team, headed by Bastin Jean-Francois of ETH-Zurich, Switzerland, created a model for estimating the planet’s restoration potential by directly measuring the world’s forest cover. They concluded that the planet’s ecosystem could accommodate another 900 million hectares of forests (2.2 billion acres). This number accounts for 25% of more forest cover than there is. The author states that if more than ½ trillion trees are planted, about 205 gigatons of carbon are captured (a gigaton=I billion metric tons).6 If achieved, this could reverse approximately two decades of carbon emissions from human activities at the present rate.

Does the concept of planting trees assist in combating climate change? Saatchi Sassan, a senior scientist at NASA’s Jet Propulsion Laboratory in Pasadena, California, buys into the idea. But while he believes so, he cautions that scientists should consider many factors and that tree planting cannot substitute for the declining countries’ emissions from fossil fuels.

The research establishes a reasonable planet forest restoration estimate and potential and gives the issue more light than previous researchers. The team used new land maps and satellite-based land cover with soil and other climate data and different techniques to arrive at the result.

Many scientists cheer the efforts to increase the forest cover, but some are aloof. They contend that forests bring more uncertain and complex climate impacts than environmentalists, some scientists, and policymakers acknowledge. Although forests cleanse the greenhouse gases and carbon dioxide from the atmosphere, they also release a complex mixture of chemicals, some of which harm the planet.

A tree’s dark leaves can also increase the planet’s temperature, as they absorb sunlight. Many forest analysis in the past decades hints that the forest’s warming effects could fully or partially offset their ability to cool, though such results have prompted vigorous debates.

However, there is no debate that replacing trees and forests that were supposed to be here in the first place is a good idea. With tree planting carbon offset strategies offered by the best carbon offset programs, anyone can help lower humankind’s eco footprint by planting trees.

The planet needs a lot of trees to combat climate change. For this reason, countries, environmentalists, and concerned stakeholders should act now and rally the masses behind them and inspire them to plant more trees. The big question is, how many trees are planted each year and how can we work to increase it?

Frequently Asked Questions About How Many Trees Are Planted Each Year

How Many Trees Are Planted in the US Every Year?

Each year, the United States plants more than 1 billion trees.2 For more than 50 years, the country has maintained a net forest growth and exceeded annual forest harvests.

How Many Trees Are Being Planted Globally Each Year?

How Many Trees Are Planted for Every One Cut in the United States?

In the United States, approximately 900 million trees are harvested annually, while 2.5 billion are replanted. These statistics equate to a ratio of 2 ½ trees for each felled tree.

More. The Food and Agriculture Organization research states that the forest expansion rate has quadrupled between 1920 and 2022. The majority of this growth is happening on America’s East Coast, where the tree numbers in the region have doubled in the last seven decades.

How Many Trees Are in the World Currently?

According to a study published in Nature, the planet has an estimated 3.04 billion trees.4 It means that every person on the planet has close to 422 trees.4

How Many Trees Have Been Cut Down Globally?

Although the actual number of trees that have been cut down can only be estimated, people harvest approximately 15 billion trees every year, and the world’s tree count has reduced by 46% since the start of human civilization.

How Many Trees Can Be Planted on an Acre?

You can plant between 300 to 800 trees on an acre.5 However, this number can be decreased or increased depending on the conditions in the area.

Read More About How Many Trees Are Planted Each Year 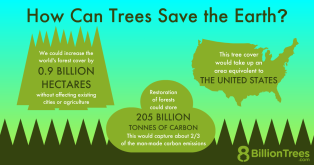 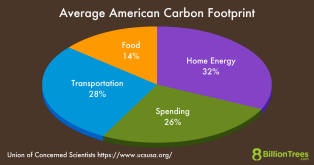 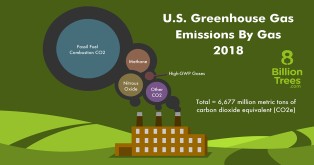 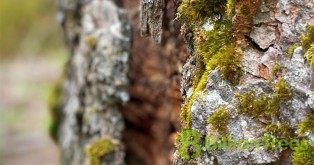 1McInerney, B. (2022). How Many Trees Are Planted Each Year > Day > Minute. GoTreeQuotes. Retrieved April 25, 2022, from <https://www.gotreequotes.com/how-many-trees-are-planted-each-year-month-day-minute-second/#:~:text=Approximately%201.9%20billion%20trees%20are,the%20United%20Nations%20Environmental%20program>