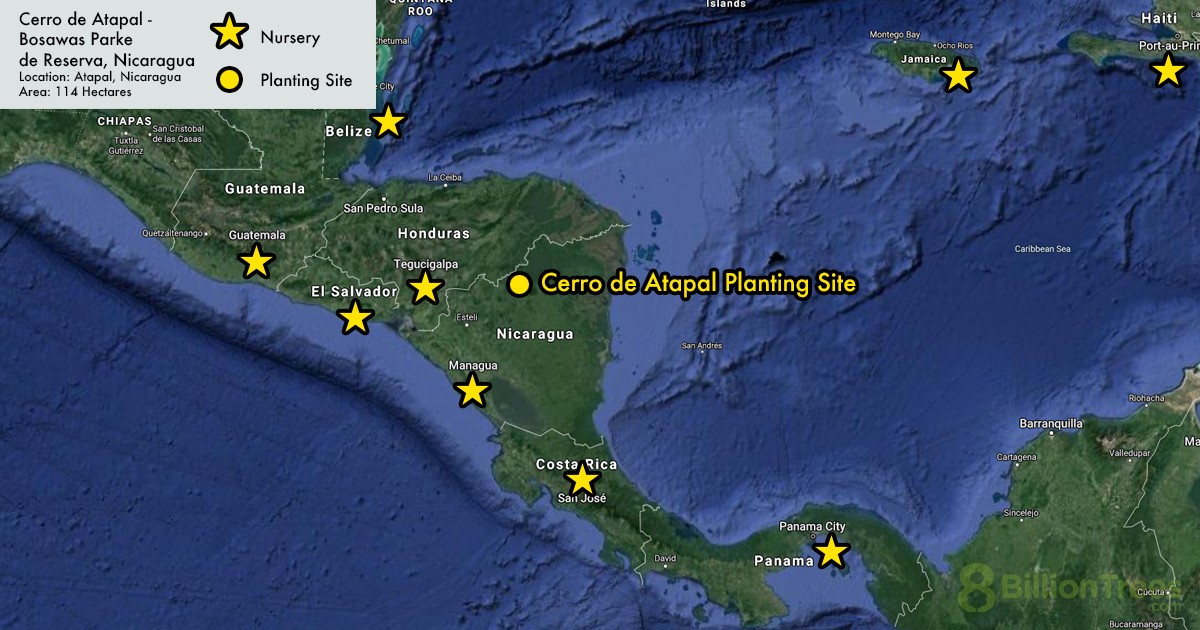 In our goal to conserve and plant forests around the world while offering affordable options to buy carbon offsets that are focused on true removal of CO2 through genuine reforestation, we’re excited to be working alongside our partner Eden Reforestation Projects to plant native species of trees at the Cerro de Atapal site, in Nicaragua.

Nicaragua is home to the second-largest rainforest in the western hemisphere, following closely behind the Amazon Rain forest in Brazil (where we have conserved 166,000 acres of bio-diverse rainforest!)

Due to unregulated logging, beginning in the 1990’s, Nicaragua has been negatively affected by deforestation for decades. Because it’s our mission to plant and conserve trees in areas that have experienced a minimum loss of 70 percent of vegetation, the “hot spot” at the Cerro de Atapal site is a great place to begin rebuilding what has been destroyed.

According to Dartmouth, Nicaragua loses about 1% of its rainforest cover every year. That’s where 8 Billion Trees and Eden Reforestation Projects step in!

What Kinds of Trees Will We Plant?

As a tropical humid forest, Nicaragua includes native species of Acacia, Mahogany (Caoba), Cedro Cenizaro, and Cenizaro trees. And, numerous species of animals rely on these trees to provide their natural habitat.

Native peoples also depend on these native tree species for their medicinal properties. So, needless to say, we’re extremely excited to reforest this devastated area and bring back lost environments! 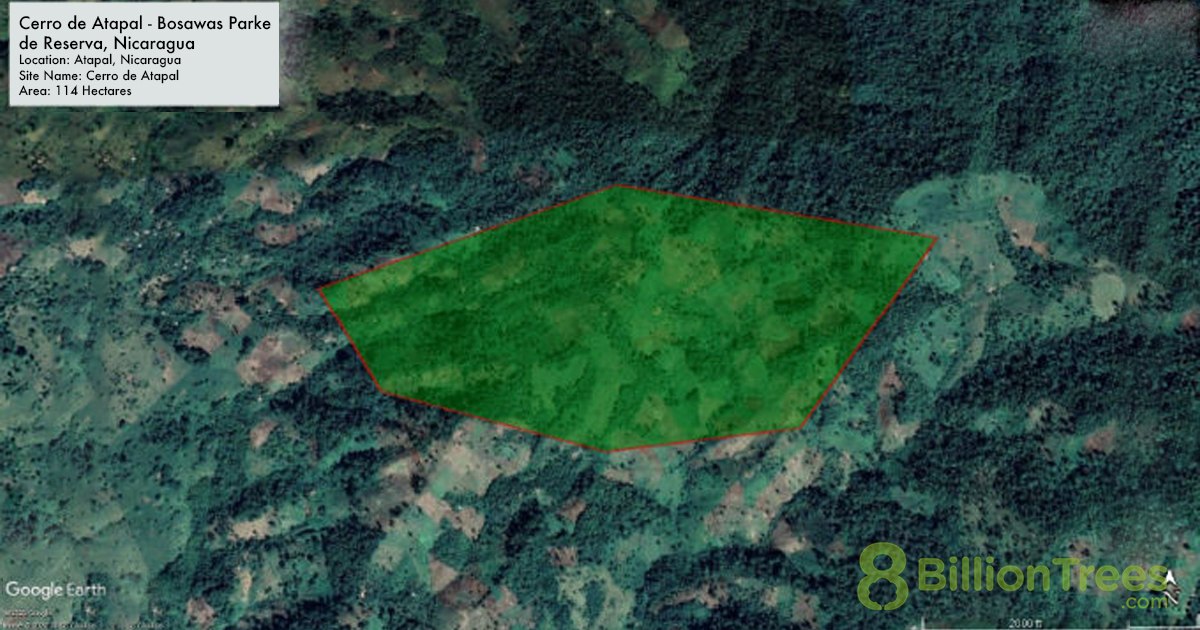 Why Is Reforestation in Nicaragua So Important?

In the recent Dartmouth study, researchers considered the consequences of rapid and rampant deforestation on the indigenous people of Nicaragua, and determined:

“However, in 2002, new laws were enacted in favor of the indigenous community. Since 2002, there have been many improvements concerning forest cover loss. The image below, from the World Resources Institute, shows that land not protected by the government experiences deforestation at a much higher rate much than the lands occupied by indigenous communities. 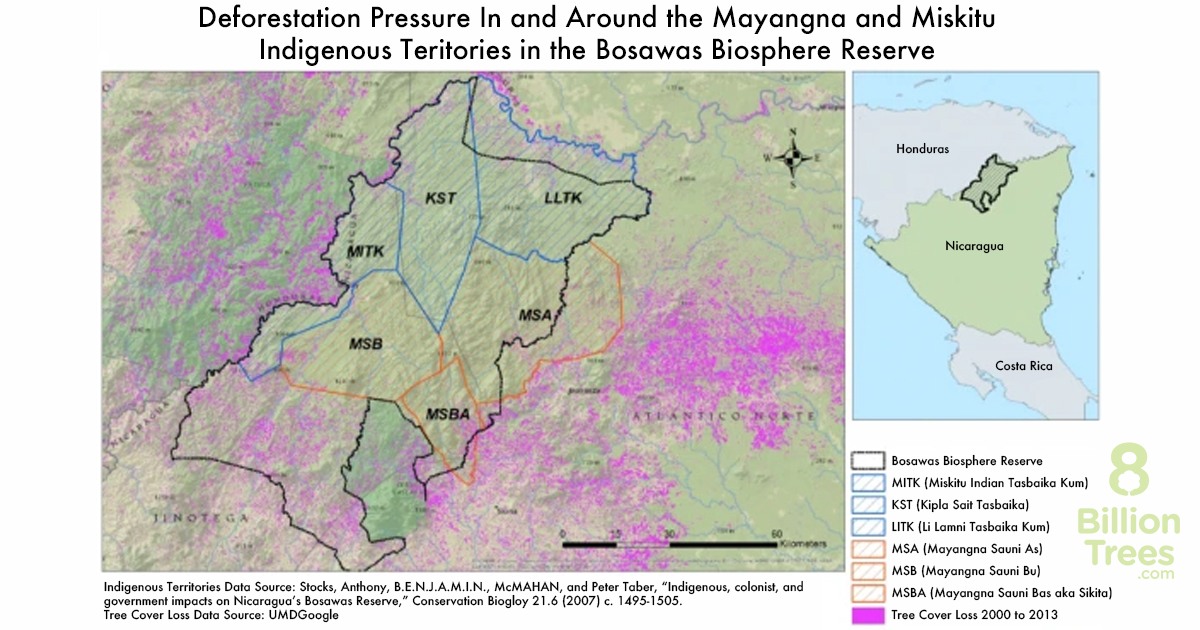 8 Billion Trees and the awareness generated from our carbon footprint calculator, while partnering with Eden Reforestation Projects, will continue to foster good relationships with the local governments and indigenous communities in order to ensure that the trees we are planting and conserving now, are protected and able to flourish for generations to come.

At 8 Billion Trees, our team is planting for the animals, the plants, and the people who call Nicaragua home… but also for the planet we call Earth. Join us in our fight to save the second largest rainforest in the western hemisphere!