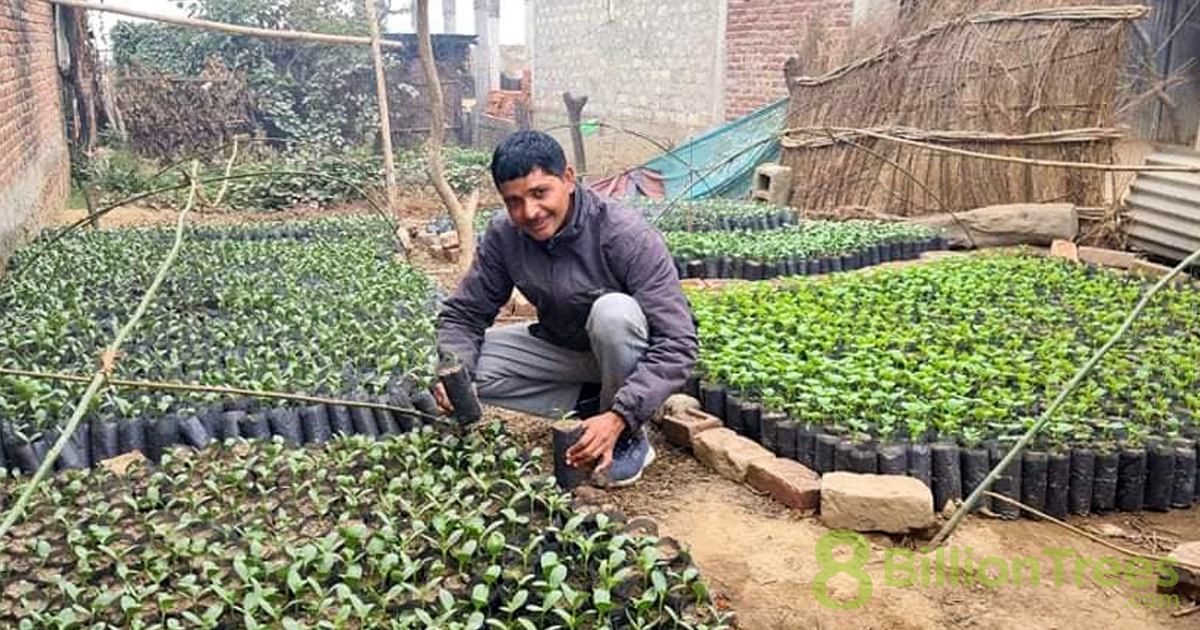 Deforestation is a severe problem in Nepal, and it has been for some time. As trees continue to be removed from their natural habitat, less than 30% of forests now remain. Because of the titanic levels of habitat loss, many species are dying out. Just how severe is the loss of trees? Over 25% of forest cover has disappeared.

Furthermore, Nepal is a biodiversity hotspot with 1,240 species of birds, amphibians, reptiles, and mammals. Of this large amount, close to 40 are endemic—they don’t exist anywhere else on the planet. Sadly, roughly 70 species are threatened and face extinction. The red panda is just one of these threatened species and found in very few places on the planet. Given the inordinately high levels of tree loss, species such as these are even more prone to permanent extinction.

Beyond the terrible environmental effects, deforestation is also having a powerfully negative impact on the poverty-stricken country. With over 80% of the population dependent on agriculture and forestry, the tree crisis is causing a country-wide economic crisis. Relying on trees for shelter, food, and income, many Nepal natives are forced to migrate or live on barren lands.

And without support and education on tree planting and environmental rights, these natives often further destroy the Earth by using up what little natural resources are left—simply in an attempt to survive. The end result is a negative cycle where the Earth continues to suffer as people live and die in stark poverty.

By keeping these areas at the forefront of our planting efforts, we can begin to restore Nepal: one of the poorest countries on the planet diseased with the curse of rampant deforestation. In doing so, we can begin to fight against climate change all while providing local farmers and growers with a new way of life that includes fresh fruit, shelter, and enough income to pay for medicine and education instead of famine and despair.

Our planting projects in Nepal are led by Environmentalist Hement Kaphale, who launched a local initiative to grow free saplings in a nursery for anyone within the Lumbini Province. So far, Hement has helped to single-handedly plant 60,000 trees throughout the Dang Valley of Nepal.

Taking his knowledge and passion for tree planting and joining the 8 Billion Trees team as Nepal’s planting director, Hement has been able to make an even wider and greater impact on the environment. And that doesn’t stop with tree planting; our Nepal planting project is also dedicated to making an eco-impact in other ways throughout Nepal.

This includes our Rapti River Cleaning campaign, where local youth are educated on the climate crisis and then use their newfound knowledge to take action for the planet! Hement is also known far and wide for his tree-gifting! He has given trees to the prime minister, as well as various government officials, the former king, and also the Honorable President of Nepal.

He has also worked to organize an all-volunteer team in Nepal. These 40 individuals have just been recently organized, but have already planted over 2000 trees! Hement understands the value of protecting and preserving nature’s treasures, and 8 Billion Trees is excited and thankful to have such a dedicated Director working to restore vegetation in the country.

While our Nepal carbon offset project is still in its infancy, we are eager to focus on growing our impact in the coming months and years to achieve our goal of planting eight billion trees around the planet.

We are excited to announce that our planting partner in Nepal, Hement Raj Kaphle has been awarded the Abraham Conservation Award 2021 by the World Wildlife Fund (WWF) Nepal. This outstanding recognition is bestowed every year to an individual or a group who demonstrates outstanding work in wildlife conservation. He plants saplings in government offices himself and works to inspire the farmers to plant saplings in vacant land areas, while also using his practical knowledge of the region to provide advice on which saplings to plant.

Hement has not only launched a campaign to make Nepalgunj green by giving plants as a gift, but has also been raising awareness that trees should be planted in house fires and Karesabari.

“I’m not just inspiring people to plant trees by giving them as gifts,” he explained, “My inspiration has planted 60,000 saplings in Nepalgunj and other cities of the country.”

“In the first stage, they used to buy plants and give them as gifts. Now we have opened our own Karesabari or Nursery in collaboration with former Ranger Buddibal Shrestha. I produce and distribute the seedlings,” he added. He had bought the plants in coordination with the District Forest Office, District Vegetation Office. However, when that was not enough, he started producing Sitalchini, Neem, Koirala and other plants in his own house.

Involved in the teaching profession, he produces plants in his spare time. “Giving plants as a gift makes me feel heavenly,” he said. “Every day I give plants as gifts.”

He said that the gift plants have not only helped in protecting the environment. They are also useful for disease prevention. He said that the leaves, roots, bark and fruits of the cool sugar tree can be used for 300 diseases. Kafle has also been awarded the Samarasta International Award, India, the Green Youth Award, the Council of Peace of Ukraine, the Green Engineer National Award, and the Bass Brightland Award.

“Giving plants as gifts on the occasion of births, marriages, engagements and marriage anniversaries was once called crazy,” he said, “but I did not lose courage.” Now his identity has changed. He is now also known by the nickname Moringa Baba. Many know him as the Green Engineer and Moringa Baba.

8 Billion Trees is very thankful to have Hement in charge of the Nepal planting projects we fund. His award is well deserved, and his love of planting helps inspire us all.