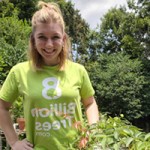 In a time when reducing greenhouse gas (GHG) emissions is paramount, what better new technology to help than E-bike conversion kits?

With 250,000 people in the United States already taking advantage of this great transportation alternative, it’s been estimated that number will grow to 300 million electric bikes on the road by 2030. This may be largely due to a decrease in the cost of lithium-ion batteries, which most E-bikes utilize.2

People all over the world are switching over to electric, but there’s no need to toss your old bike just yet… E-bikes can be even more eco-friendly when you use a conversion kit on your existing bike, saving it from ending up as waste in a landfill. Remember, reduce, REUSE, recycle!

The electric bike is comfortable, clean for the environment, and here to stay. So, keep reading to pick one out that will suit your needs the best, before they all sell out! Electric bicycles, or E-bikes, are bicycles that have been integrated with an electric motor, to assist with propulsion so that you can achieve higher speeds, easier. They are one of the newest technological advancements in transportation, and provide a unique opportunity to reduce your carbon footprint.

When someone hears “electric bicycle,” they may think of a scooter first, but they really just look like a normal bicycle.. With a seamlessly integrated motor and battery. They also pedal and handle just like a normal bike, just with a little extra power to make hills and headwind more manageable, as well as longer commutes.1

Quality and comfort are still important factors to consider when choosing an E-bike, but now there are a few more considerations, such as power ratings. These electric bicycles can come in a wide range, from 200W to 1,000W or more, but the legal limit in the US is 750W.1

These wattage power ratings can be thought of much like horsepower for cars, so a higher rating means that it will be able to transport more weight with greater ease. However, higher power ratings do suck up battery life faster, so a 750W motor will drain a battery more swiftly than a 250W motor.

Hub motors are the most popular type of motor for E-bikes, and are usually integrated into the bike either on the rear or front wheel. Once it’s engaged, it either pushes or pulls the bike along, depending on which wheel it uses.1 Rear wheel motors are more common, but there are a few models out there that even have motors on both wheels, for maximum power.11

Because the motor is either on the front or rear wheel, it can require some getting used to, with more weight on one affecting the balance that you may be used to.11  Although this type of motor works well, it is not actually connected to the bike’s gears, so it loses efficiency on hills or varied terrain.1

It will still get you to where you need to go, but won’t give you the optimum amount of power or speed that you’d get with the use of your gears. For this reason, choosing E-bikes with this type of motor is best suited for daily commuters or those who ride exclusively on roads, preferably in a fairly level area.

These motors are primarily used on premium E-bikes and conversion kits, as they’re often considered the better choice of motors.11 Mid-drive motors are specially integrated with the crank and the gears of the bicycle, allowing the rider use of their gears. This sort of location and mounting results in several advantages, including:1

Because mid-drive motors are placed at the center of the bicycle and directly under the seat, these types of conversion kits tend to feel more balanced and natural than a hub-drive bike.11

Advantages of E-Bikes for the Environment and You

Although they are just hitting the market as a popular option, motorized bicycles have actually been around a long time. First invented in the 19th century, they’ve taken the last couple hundred years to be re-designed and perfected, into the accessible and easy-to-install conversion kits available today.3

As may be expected, E-bikes are much easier on the environment than cars, as they have a much lower carbon dioxide (CO2) output, but can still get you to your destination on time. Their rise in popularity in some countries, such as Germany and the United States, has been replacing the bicycle market, largely because in the age of the COVID-19 pandemic, they offer a more secluded means of low-carbon transport than public transportation. 6,7 In other countries, such as China, E-bikes have been replacing markets that were harsh on the environment, like mopeds and small motorcycles that depend on fossil fuels.4,5

Furthermore, a recent study found that replacing car travel with the use of E-bikes could cut car carbon dioxide emissions in England by up to 50 percent, or the equivalent of 33 million tons of CO2, per year.13

Even beyond their ability to lower your carbon footprint, there are other advantages to E-bike conversions. For one, they’re easier to pedal than a standard bicycle, yet you can get the same amount of exercise riding one than a standard bicycle.8This means that your rides will become easier, you won’t sweat as much, and you can wear the same clothes as you normally would in whatever weather you’re in.

Plus with the gaining momentum in the industry, technology is improving and E-bikes are becoming not just more available, but also more affordable. However, no new electric bicycle is going to be cheaper than the bike you already own. So if you’re trying to reduce your carbon footprint, repurposing what you already have is a win-win situation.

So whether you want to add some oomph to your daily commute, or just want some extra juice for going up hills, consider these best E-bike conversion kits.

Bafang has been a leader in manufacturing e-mobility components and E-bike systems since 2003, and their products have proven to have outstanding performance and reliability, which is why you will see a few options from them on this list.9

The BSS02B17 is possibly the best example of their quality, as a versatile mid-drive E-bike kit. Compatible with road, mountain, and commuter bicycles, all you’ll need is a bike with a 68-71 mm bottom bracket and the battery of your choice, which is included. Although there are several power levels available for this conversion kit, keep in mind that anything over 750W will be considered a motorcycle in the US.9 This conversion kit16 is easy to install, but you’ll need a mounting system on your bike, like a rear rack, to use the Alizeti 300C E-bike system. This kit is also budget-friendly, but you’ll have to buy the battery separately, or purchase the package that offers both the battery and kit.9

The battery can offer up to 20 miles of power, and the 500W motor will be plenty to help you climb those hills. This E-bike kit is also tech-savvy and utilizes auto rear lights, an alarm system, a horn, a Bluetooth speaker for streaming music, and regenerative braking to help recharge the battery as you ride.9

This front wheel E-bike conversion kit15 is another that is both easy to install, and easy on your bank account. The company claims that with the help of its installation videos, you can completely convert your bike within one hour.9

After installation, you can enjoy pedal assist or switch completely over to an E-bike mode for longer trips… all at up to 24 miles an hour. Plus with Bafang’s quality and reputation, you won’t have to worry about it failing on you mid-ride to the store. It is good to note, though, that this kit does not include a battery, so you will have to choose and buy one separately.9

This conversion kit14 features a rear wheel hub motor, which means it’s a little easier to install than a mid-drive system. Another kit that is well made and super energy efficient, it’s a good contender for those outside of the US, or one of the six states that allow 1000W motors.10

However, there is no battery included, so you will have to buy a 48V AW battery pack separately.2

This Tongsheng E-bike conversion kit19 may not have the brand name that Bafang does, but it is built with quality materials, works well, and has overwhelmingly satisfied reviews.2

With this kit, you get the choice of choosing between a 36V battery or a 48V battery, depending on whether you want a longer battery life or a lower price tag.

This front wheel conversion kit18 has been rising in popularity due to the fact that it’s great for commuters and is universal, meaning it will make nearly any bike reach speeds of 15-20 mph. Daily riders will love this easy-to-install and lightweight kit, compatible with most bikes, including:9

Also, the controller and battery are combined into a power pack which mounts to the handlebars, which makes it easy to remove and reduce the threat of theft.

If you’d like to gain a little more speed than you can with the Swytch, consider an Ebikeling.21

With its 500W motor (and 36V battery sold separately), you can go farther and faster. This conversion kit also comes with an LCD screen to help you stay within the speed limit, and you can choose between a front or rear mount, depending on your preferences. Many of these bikes have fairly simple installation produces, but Rubbee X20 is the winner for the most simple install yet. All you have to do it attach a mount to the seat, and click the unit into it. The 250W motor and 10-mile range of the base unit battery may be less power and distance than other conversion kits, but they will still get the job done.12

If you still feel restricted by the 10-mile distance limit, you can also always add an extra battery, doubling the range to 20 miles.

Electric vehicles are not 100 percent environmentally friendly, as their production and the electricity needed to charge the battery still has a carbon footprint… But they are certainly a giant leap towards the type of sustainability that is needed in all industries, in order to combat climate change.

If this bit of carbon footprint is what’s holding you back from converting your bicycle, consider using carbon offsets as a way to make your E-bike completely carbon neutral. With these, you can invest in projects such as tree-planting and wildlife rehabilitation as a way to mitigate the impacts of your riding time.

And remember, these conversion kits can help you revitalize your old bike in a manner that would allow you to use it instead of a car, for things like running errands or visiting friends. For this reason, E-bikes are considerably better for the Earth than the gas-guzzling vehicles that have taken the main stage until now. 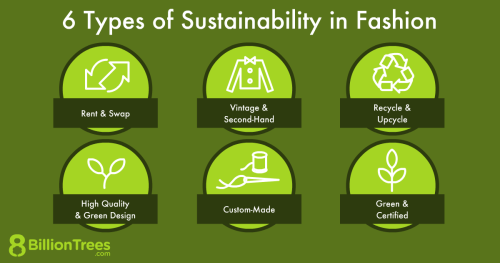 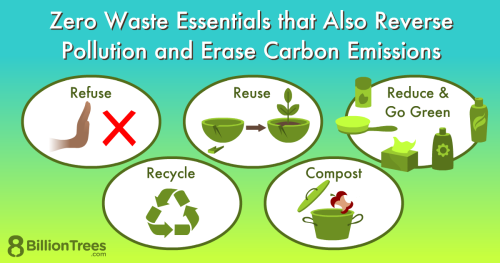 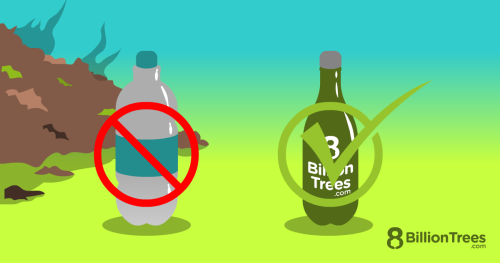 7 Gifts For Environmentalists That Actually Heal The Planet & Save Wildlife! 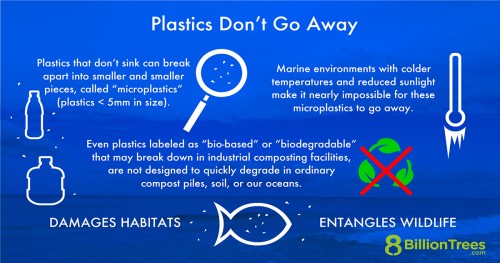 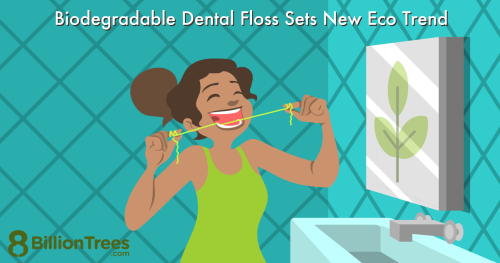 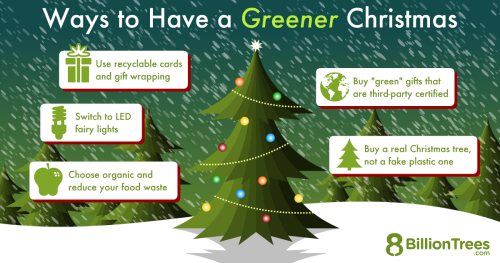 Eco-Friendly Christmas Gifts They Will Love (2022) 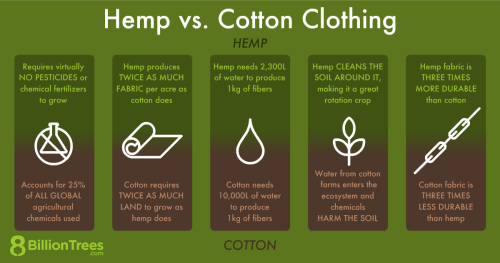 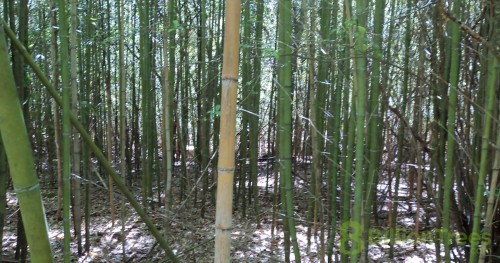 Organic Bamboo Washcloths that Plant Trees While You Wash 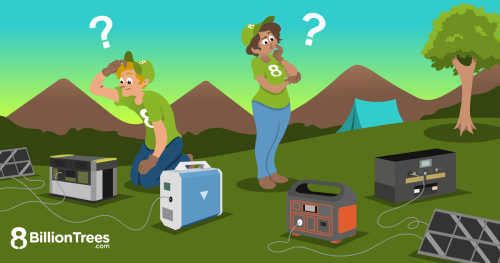 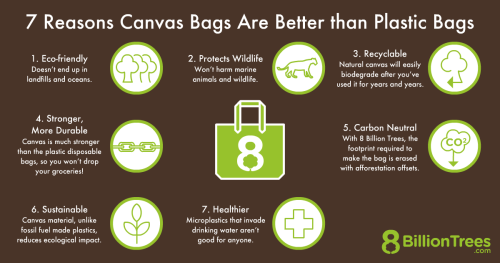 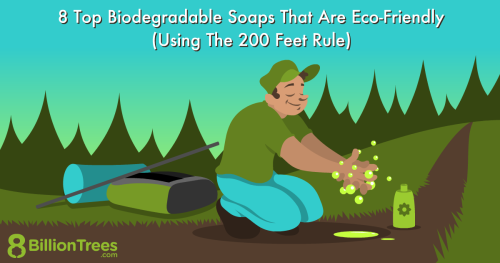 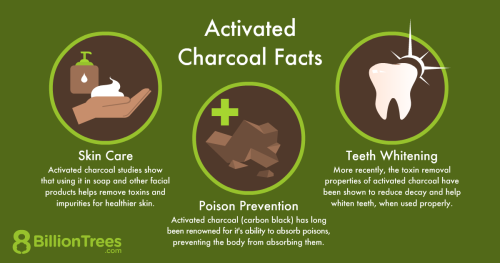 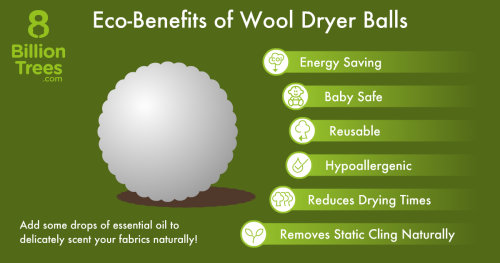 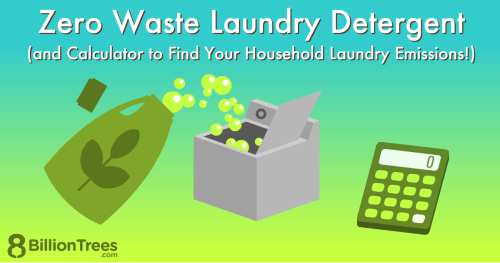 8Alter, L. (2019, August 9). Study Finds That E-Bike Riders Get as Much Exercise as Riders of Regular Bikes. Retrieved August 31, 2021, from https://www.treehugger.com/study-finds-e-bike-riders-get-much-exercise-riders-regular-bikes-4857418