The truth is, it’s not uncommon for people to confuse offsets and RECs. After all, they’re both designed to provide the same ecological benefit of reducing carbon emissions. But at their core, carbon offsets and RECs are fundamentally different things.

For companies and individuals alike, understanding this difference can make it easier to make a meaningful reduction in your carbon footprint. This guide answers some of the most commonly asked questions about Carbon Offsets and RECs, including:

Offsets vs. RECs: Are Carbon Offsets the Same As Renewable Energy Credits?

We’ll kick things off with a few basic definitions:

A Carbon Offset is any reduction in CO2 or other greenhouse gas emissions that is intended to compensate for emissions that happen elsewhere. When a person or organization purchases a carbon offset, the proceeds are used to fund projects that either prevent or remove C02 emissions from the atmosphere.

Tree planting initiatives like those carried out by 8 Billion Trees are a common form of carbon offset. However, carbon offset programs go way beyond forestry, including other green energy technologies such as wind, carbon sequestration technology, and solar energy carbon footprint reduction.

Renewable Energy Credits (RECs), on the other hand, are a market-based tool used by larger organizations looking to reduce the carbon footprint of their purchased electricity. When a company purchases an REC, they are funding the production of clean energy, even if the energy they are actually receiving was generated with coal.

RECs are measured and traded in megawatt hours (MWh) at a direct one-to-one ratio. In other words, one Renewable Energy Credit is created for each MWh of green electricity that is generated. “Unbundled RECs” are credits purchased separately from the electricity to either further carbon reduction goals, or as a strategic investment.

The reason RECs are effective at combating climate change is because they create an incentive for companies to fund clean energy. For example, RECs allow companies to market themselves as “100% Renewable” if they purchase enough credits to cover their total electricity usage.

With green energy initiatives on the rise, it can be difficult to keep track of the different types of renewable energy programs that exist. The truth is, there is no longer a clear-cut offset credit definition. Term ‘carbon offset’ can refer to a lot of things, including carbon credits, GHG credits, and enterprise carbon offsets.

Here are some other common forms of carbon offset explained: 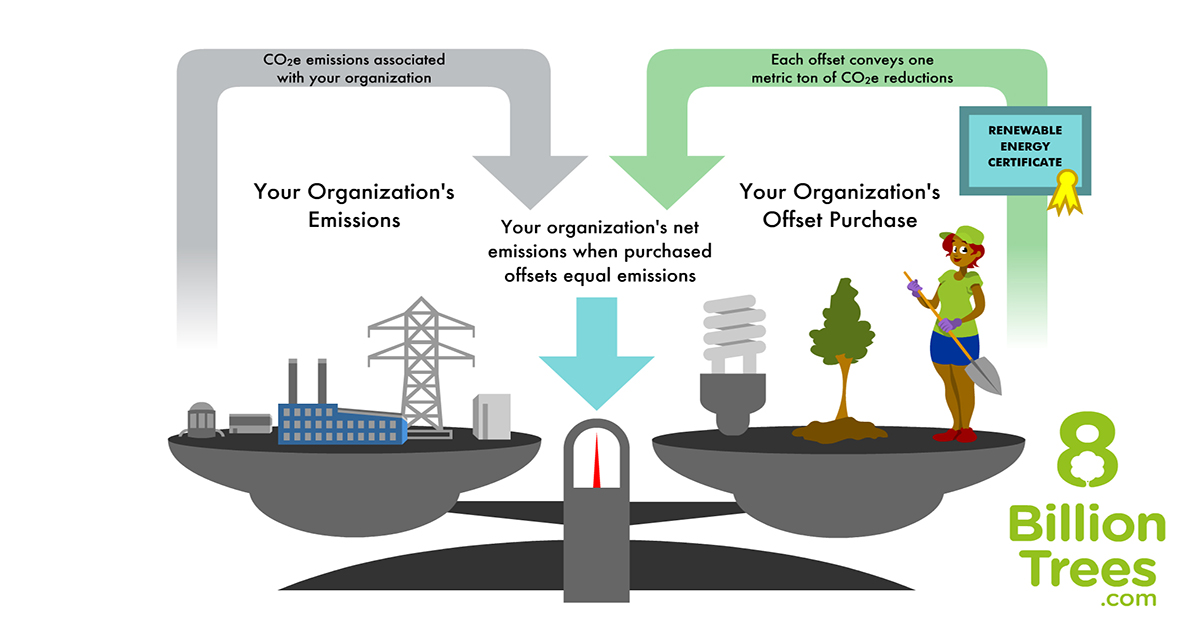 The term ‘Carbon Credits’ is the generic way to describe any tradable carbon certificate program that directly supports a reduction in CO2. Carbon credits come in many different forms, but they always represent a specific amount of CO2 (or other GHG emissions).

On the small, individual scale, offset programs are an effective form of carbon credit that allow people to “cancel out” the carbon footprint of a specific activity. On the larger, more industrial scale, carbon credits can be bought and sold on carbon markets, which are operated by both green energy companies and organizations like the European Union Emissions Trading System.

Carbon credits are sometimes called “Green” credits because of their positive impact on the environment. Green credits can refer to just about any form of carbon offset on the market. A wind power carbon footprint reduction can be one result of an effective green credit program.

Offsets Credits – Is There a Legal Offset Definition?

According to Cornell Law School, the legal definition of carbon offset is simply the idea that a company or individual can neutralize, or “balance out” the effect of their harmful pollution. One carbon offset, or one carbon credit, can pay for the reduction of a specific, pre-defined amount of greenhouse gas.

Renewable Energy Credits (RECs) are a specific form of carbon offset. These tradable market commodities can be purchased by the kilowatt hour (KWh) to make an organization’s electricity portfolio more renewable.

Generally speaking, there are two primary types of REC: 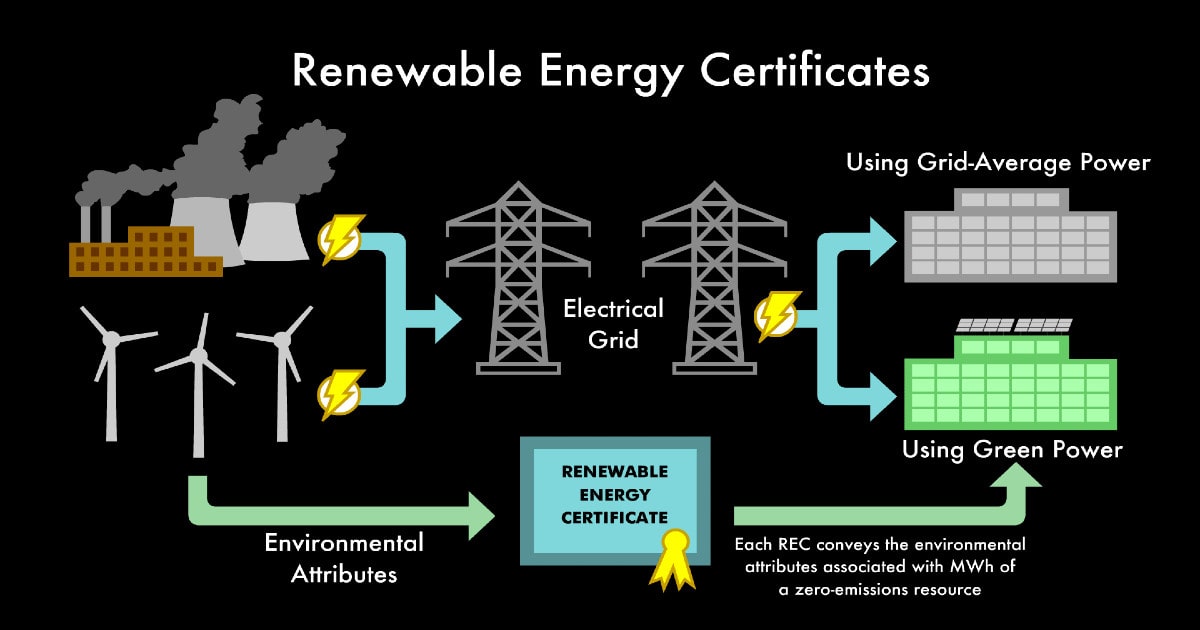 The ultimate goal of both CO2 offsets and renewable energy credits is to protect our planet from the potential damages of climate change. More specifically, these two different types of Eco-initiatives are designed to reduce the amount of greenhouse gases being put into the air, keeping our atmosphere at safe concentration levels and our planet out of harm’s way.

Both carbon offsets and RECs can be purchased quite easily, providing an immediate reduction to a person or company’s carbon footprint. Offset trading can be an innovative way for companies to profit off of their green initiatives.

Should I Buy a Carbon Offset or a Renewable Energy Credit?

A: Yes; Carbon Certificates and Carbon Credit Certificates refer to the same thing. These credits fund greenhouse gas emission offset enterprises that play a vital role in protecting our planet from climate change.

Research Carbon Offsets and Carbon Credits Before You Buy

Whether you are an individual looking to buy a voluntary carbon offset or a multi-billion-dollar company that needs to hit your state’s Renewable Energy Credit goals, it’s imperative that you research the company that is offering the offset.

The best carbon offset providers in 2021 are the ones that give you the most information about their operation. You can research reliable, high-quality offset programs and carbon credit certificates can be researched at Green-e Climate Standard and the American Carbon Registry, among others.