The number of trees you’d have to plant to offset your carbon emissions depends on your carbon footprint… But not everyone emits the same amount of carbon dioxide (CO2) or other greenhouse gases (GHGs).

Several factors influence what you pump into the atmosphere, from big picture things like your home country’s power supply profile, to little decisions like whether you commute by bike or car.

So, to determine how many trees you’ll need to neutralize your emissions, you’ll need to consider all your energy-consuming activities in the context of where you live, and calculate the corresponding GHGs released. Once you’ve got those numbers, all you need to do is determine how many trees it takes to sequester the GHGs to start saving the planet. The region you live in plays a central role in your individual, or “per capita,” footprint. For example, the most recent data from The World Bank shows that citizens of the Global North (mostly Northern Hemisphere countries above the Brandt Line, which separates affluent and developing nations) have higher carbon footprints than their neighbors in the South.1,2

Many countries in this geographic region have per capita carbon footprints higher than nine metric tons (about ten tons) per year. Nearly all of them exceed 2 tons per person. Some of the most carbon-intensive nations, each with citizens emitting an average of 10.63-18.34 tons of CO2 yearly, include:1

Three nations exceed all these, their citizens releasing an average of >18.34 tons of CO2 each year:1 Kuwait, Qatar, United Arab Emirates.

Of course, where you live does not fully determine your footprint. An individual carbon footprint is complex, composed of, but not limited to:11

Now, your location doesn’t mean you’re guaranteed to emit these high totals per year. You might be one of the most eco-friendly people in your neighborhood regarding your diet, travel habits, and shopping choices. Yet, there are some facets of a geographically dependent carbon footprint that you can’t escape. Those are the ones you cannot control yourself, and therefore will need to offset.

Consider the Type of Power You Use

The resources used to power your local energy grid are key determinants of what your carbon footprint will be. For instance, if you happen to live in an area that depends mostly on water or wind farms, you’re certainly contributing fewer GHGs than your neighbors using coal.

With that said, you’ll need to do some background research into your municipality to get a feel for your “energy profile” (the combination of fuel types you use for various energy-consuming activities).

Unfortunately, the nations with the highest per capita carbon footprints also rely on some of the most environmentally destructive energy sources. For example, the United States’ energy profile consists of fossil fuels, mainly.3

As of 2019, these account for 83.26 percent of all energy the country uses. Still, there is a silver lining. Low-carbon (nuclear and renewable power, except for biofuels) sources are on the rise, supplying 16.74 percent of the nation’s energy in 2019.3

Still, living in the United States doesn’t necessarily mean you’ll be a massive carbon emitter. For instance, people who live in California have a drastically different footprint than residents of Texas, since renewables supply 16.4 percent of the state’s total energy consumption.4

On the other hand, Texas, the country’s “largest energy-producing and energy-consuming state,” relies even more heavily on renewable resources. Wind supplied one-fifth of all utility-scale, meaning one megawatt or larger, in-state electricity generation.5 This may cause some people’s carbon footprint to be smaller than others in California, depending on what other factors come into play for their individual footprint.

This is true in other parts of the world, too. Take a look at the United Kingdom. Per capita footprints have been trending downward since the early 2000s. This may be because coal use has drastically fallen in recent years, while renewable sources like wind, hydropower, solar, and biofuels have gained a much more significant role in the country’s power consumption.6 However, there are differences between each region’s energy use. In 2017, this was how all regions of the UK compared to one another in terms of renewable energy capacity:7

Since some nations’ sustainable energy shares have advanced much more quickly than others, local residents’ carbon footprints are bound to vary.
These facets of your carbon footprint calculation are pretty general. So, you’ll need to do more calculations based on your unique lifestyle to discover the appropriate number of trees for offsetting your impact.

These facets of your carbon footprint calculation are pretty general. So, you’ll need to do more calculations based on your unique lifestyle to discover the appropriate number of trees for offsetting your impact.

Planting trees is one of the best things you can do to mitigate your emissions. In a general sense, many refer to this practice as “forestation,” a type of nature-based climate solution.

There are three primary types of forestation, each of which is uniquely beneficial to the climate fight. These are:8 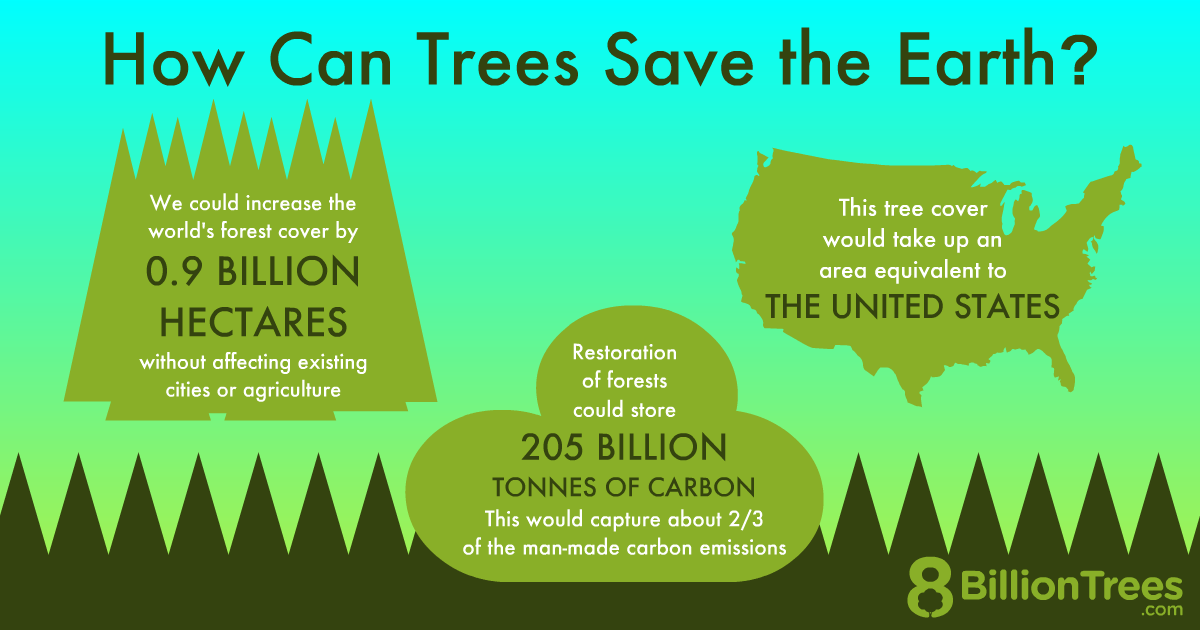 Forestry carbon offset projects are, quite possibly, some of the most powerful tools humanity has to slow or stop the effects of climate change. They have massive carbon sequestering capacities, meaning they can absorb more carbon dioxide than most plants and habitat types on the planet.

Research has shown that forests removed the equivalent of about one-third of all fossil fuel emissions yearly between 2009 and 2018.9

As carbon dioxide removal and mitigation gets more important in the ongoing climate challenge, trees will be an increasingly vital component of sustainable programs globally. This leads to their individual carbon dioxide absorption abilities.

According to Trees for the Future, one tree in a tropical climate can sequester an average 50 lbs of CO2 per year. However, how fast the tree gets rid of the CO2 depends on several factors:10

The tree reaches its maximum carbon sequestering capacity over the ages of 20-50 years old.10

Based on these estimates, most people worldwide would need to plant this many trees to offset their yearly carbon emissions entirely: Hundreds of trees. That’s how much it takes to offset just one person’s carbon footprint, whether you’re in the Global South, where emissions tend to be lower, or in the Global North, where per capita footprints run high.
This may seem like a daunting figure… But you’d be surprised what you can accomplish when people worldwide work together, each making small, yet transformative changes in their lives.

Calculate your carbon footprint now to find out how many trees you’d need to plant to offset your impact through afforestation projects worldwide. 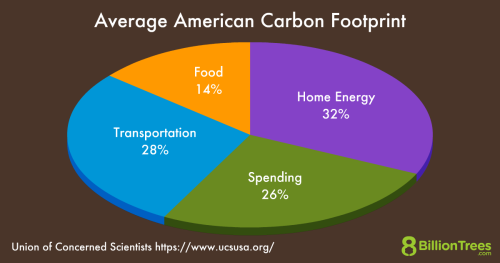 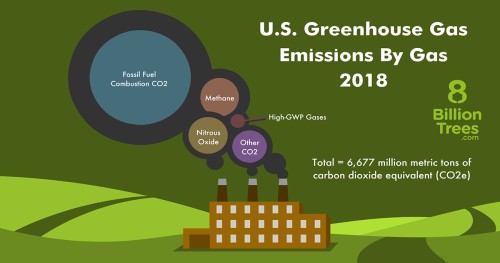 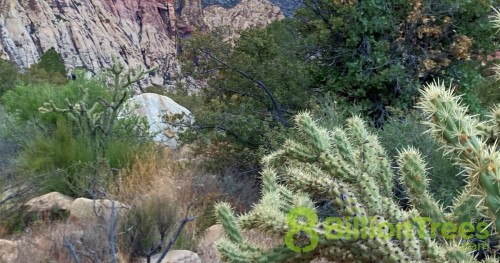 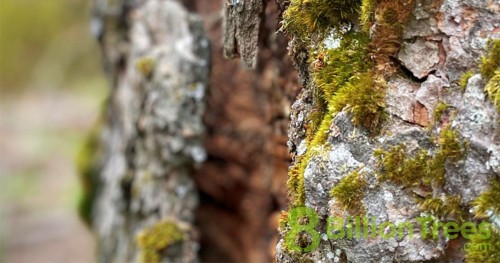 10The University of New Mexico. (n.d.). How to calculate the amount of CO2 sequestered in a tree per year [PDF]. https://www.unm.edu/~jbrink/365/Documents/Calculating_tree_carbon.pdf