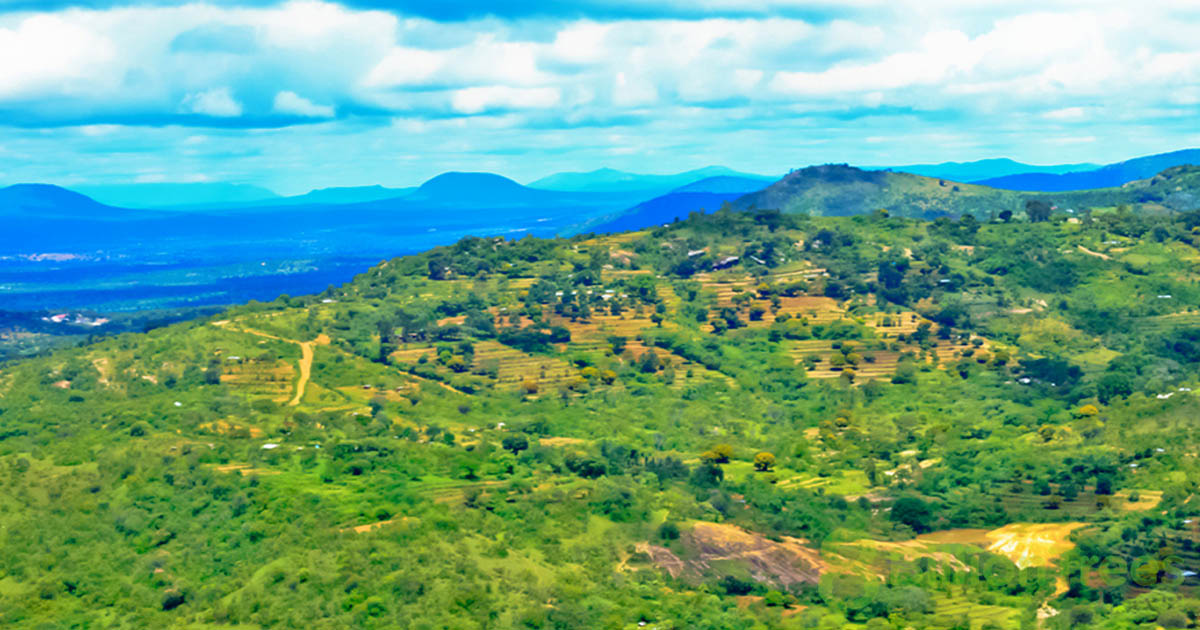 The average American ecological footprint is rising at an alarming rate. According to the latest information from the Department of Energy, the average carbon footprint per person (in the U.S.) annually is 16.6 metric tons of carbon dioxide (CO2). However, the latest data indicates that that average amount is over 20 tons! That is more than three times the global carbon footprint per person average of 4.9 metric tons in 2013.

While these numbers are alarmingly high, there is still a chance for the average American to carbon offset tree planting and decrease the current rate of climate change. Scientists agree the only chance of avoiding the increasing rise in global temperatures is to drop the average person’s carbon footprint to under two tons by 2050. 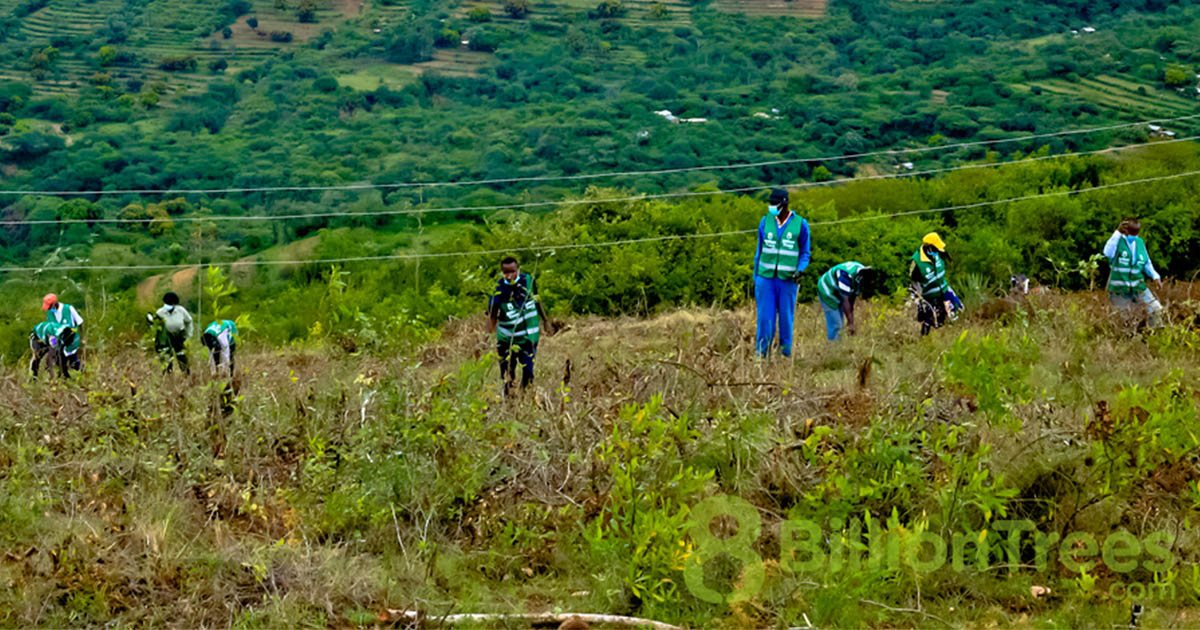 Calculate Your Carbon Footprint: How Many Trees Does It Take to Offset a US Household?

Your daily activities likely involve the use of electricity, traveling by car, heating or cooling your home, heating water, and cooking. But, each of these tasks (and more) all contribute to your carbon and ecological footprint.

Your vehicle contributes even more to your emissions footprint, due to the frequency of driving and mileage. The average American’s annual car mileage is 11,224 miles, contributing to 15% of the average American’s carbon footprint. However, that number is low compared to most of us, who drive anywhere from 15,000 to 25,000 miles a year.

Since the average carbon footprint of an American home is 48 metric tons per year, and since a single tree can offset about 31 pounds of carbon (depending on the tree), it takes about 3414 trees to erase a household footprint for one year. (Of course, some trees offset more carbon than others. The Mangrove, for example, is a huge ‘grabber’ of the CO2, and it stores the gas away from the atmosphere.)

Your carbon emissions measurement, by source, is larger than just how many miles you drive and how much electricity you use. There are a number of aspects that combine to produce your personal footprint.

Consumer spending also plays a role. For example, you can reduce your mileage and buy an electric vehicle, but ultimately the vehicle came from somewhere. Industrial production accounted for 22% of the carbon emissions from the United States in 2018. The same is true for appliances you buy, home improvement tasks, clothing, and furniture. Manufacturing processes (a lot of which is conducted in China, where emissions regulations are nearly non-existent) spew greenhouse gases every minute of every day.

Your food choices also contribute to America’s footprint, a whopping 10%. Since 1990, U.S. agricultural emissions have increased by 58.7%. Transportation contributes about 5% of food emissions, but the large part comes from production and packaging, which is 68%.

Per calorie, meat products tend to have higher carbon emissions than vegetarian products, for reasons including production, land use, and methane from raising cattle. The same is true for dairy production. 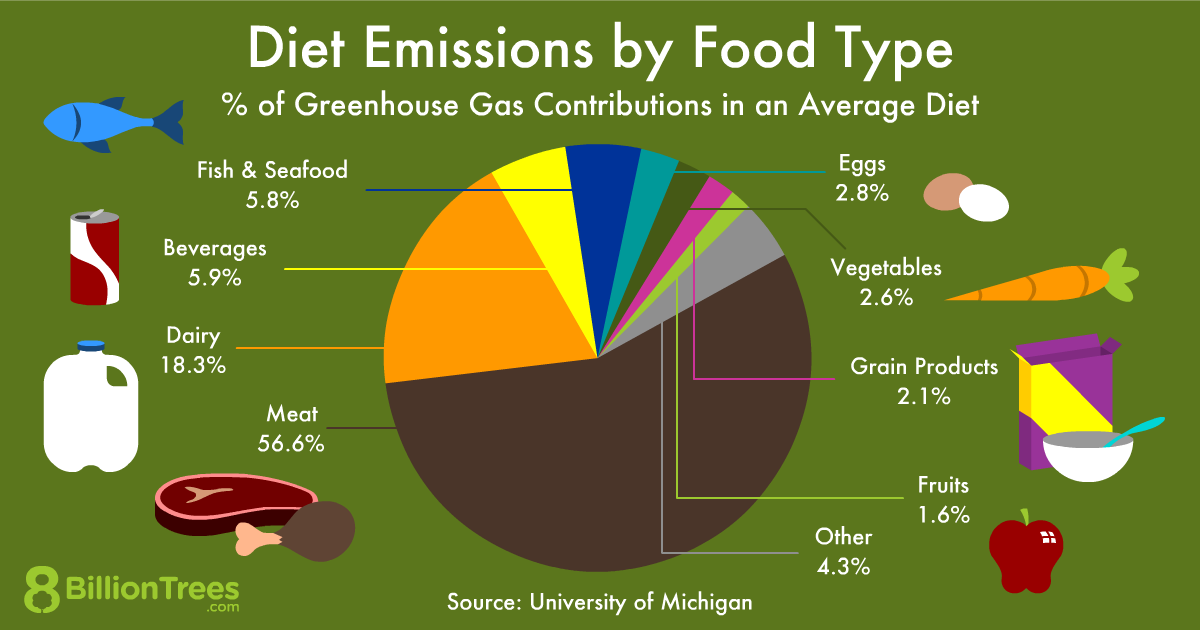 Since each individual’s carbon footprint is different based on their household, spending practices, transportation, and other factors, it is also crucial to examine the difference in emissions by country (and even by state, because hydroelectric power is more environmentally friendly than coal fired plants).

Comparing this to China, which had 6.57 tons but is yet the leader in the world in carbon emissions (emitting 28% of the world’s carbon emissions in 2020), there is clearly a disparity between how much a country emits from production versus per capita.

World average footprints vary, depending on a number of factors including population density, location, and wealth.

10 Easy Ways to Reduce the Carbon Footprint of Average American

You can reduce your carbon footprint with these top 10 ways:

Thankfully, it’s not too late to change the planet’s fate. By working together to eliminate carbon emissions, we have a shot at undoing the damage that’s been done.