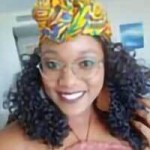 Airlines for America (A4A) isn’t just a U.S. based aviation organization, and with Leaveless, Air Canada’s carbon offset program, our neighbor to the North is blazing a trail for clean air travel.

The company has certainly lived up to A4A’s recent commitment to carbon neutrality, especially with their new program, “Leaveless.”

But what makes Air Canada’s “leaveless” program so special?

The program may be one of the most in-depth initiatives for aviation sustainability progress to date, addressing problems from flight practices to environmentally burdensome ground operations, all in order to achieve less carbon, energy, waste, and noise.

This review outlines the basics of the program, and explores ways to go even farther when offsetting your flight carbon footprint.

What Is Leaveless Carbon Offset? 5 Keys To Eco-Friendly Flying

At present, CORSIA is intended to complement the various measures member airlines are already taking to reduce CO2 emissions. It will be the first-ever global carbon offset system for an individual industry.

So, how does Leaveless factor in?

This portion of Air Canada’s Leaveless program contains the net-zero CO2 emissions goal. As stated, this effort accounts for both air travel and ground operations in the planned carbon dioxide mitigation activities. Specific “reduction pillars” include:

In short, Air Canada is taking a multilayered approach to mitigating atmospheric CO2 indirectly and directly.

Although progress for these specific goals may take years, Air Canada is taking an aggressive approach to greenhouse gas reduction. For example, Air Canada is reportedly looking into biogas and renewable electricity alternatives, in contrast to AA’s purchase of only SAF.

Additionally, the aircraft upgrades are particularly advantageous. According to the Aviation Benefits Beyond Borders, the Boeing 737MAX is one of many “newer aircraft” that require much less fuel. On average, these modern vessels consume less than three liters (0.79 gallons) per passenger’s kilometer, or 0.62 gallons per passenger mile.2

Plus, the A220 is one of a handful of modern aircraft composed of lightweight materials like carbon composites, which come from a new technology that converts captured CO2 into various other materials and products, helping to keep carbon dioxide from entering the atmosphere.11 These materials also significantly improve the overall performance of the aircraft, lessening the environmental impacts.2 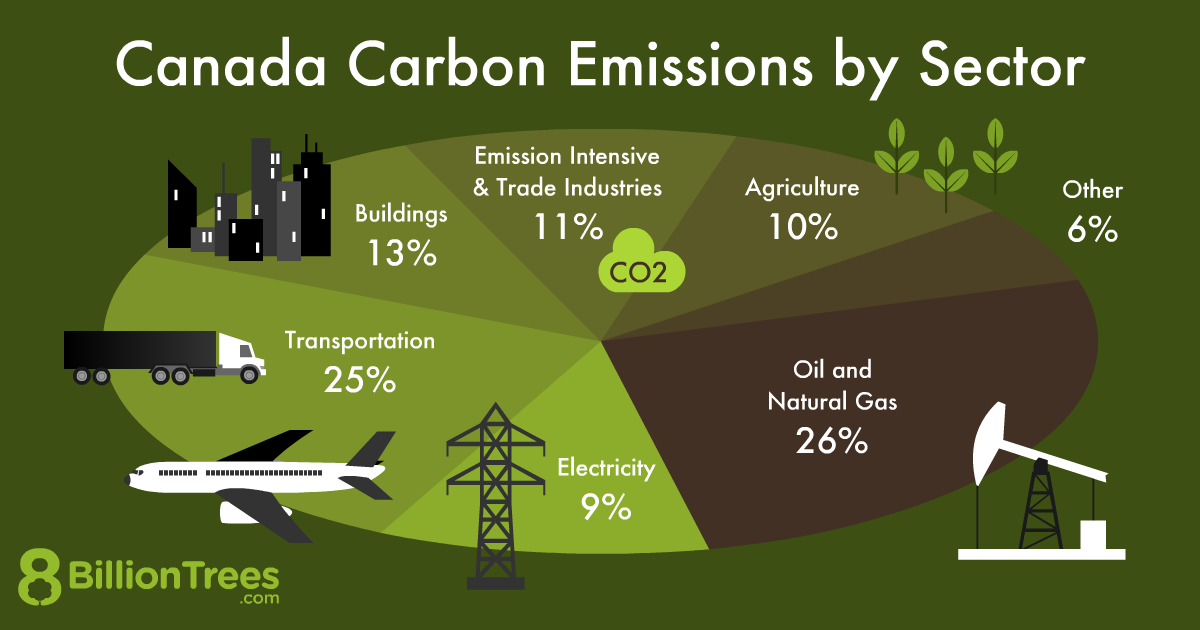 Air Canada aims to reduce energy consumption throughout its operations, including aircraft, ground support, and all facilities.

In terms of aircraft, the company is investing in a lower-emissions fleet. This includes everything from fuel efficiency to using more lightweight materials, such as the carbon composites in the A220. Air Canada even stated that there are efforts to change “how we fly” to improve “gate to gate” fuel and energy consumption.

The company claims that it is strongly incentivized to reduce the aircraft’s weight. By removing even one kilogram (about 2.2 lbs) across the entire fleet, Air Canada could save 24,500 liters (6, 472 gallons) of fuel and a reduction of 63 fewer tonnes (69 tons) of greenhouse gasses (GHGs) pumped into the atmosphere in one year. The airline also cites a “lighter paint process” as integral to flying more efficiently.3

Additional changes to improve flights include:

This is a highly attentive, detail-oriented approach to reducing the airline’s contributions to carbon dioxide emissions, homing in on as many energy-consuming factors as possible. Yet, that’s not all. Air Canada also plans to implement the iRamp system. iRamp is a program designed to identify idling vehicles and remotely power them down to prevent fuel waste and excess emissions.

Even without the sustainable fuel alternatives Air Canada plans to use, iRamp saved more than 123 tonnes (136 tons) of CO2 in 2018.

Regarding their office and hanger operations, the airline has plans to improve its sustainability by installing energy-efficient equipment and smart, low-energy LED lighting systems.4

Such a dynamic approach to reducing energy consumption is critical. Many industries overlap in the air travel sector, which makes airlines’ carbon footprints much larger than they might seem at first glance.

For example, consider everything it takes to run an airport based on a breakdown of Santander airport in Spain:5

• Terminal operations (where most of the energy goes)

In 2017, Air Canada adopted the 2020 Corporate Waste Reduction Strategy. This plan requires the 20% reduction of waste in the airline’s offices, facilities, and “Maple Leaf Lounges” and recycling 50% of “approved items,” such as single-use plastic, on domestic flights.

As of 2019, Air Canada has successfully removed 38.2 million single-use plastic products from its flights. (Unfortunately, the pandemic set this goal back a few steps since single-use items were the most sanitary option for passengers.)

This is critical, as the amount of single-use plastic that comes from the air travel industry is widely understated.

Experts have estimated that airlines used hundreds of millions of single-use plastics per day based on average traffic of 100,000 global flights per day and about 14 pieces of plastic per meal.6 These plastic products include things like cups, cutlery, and packaging.

The company is even looking into innovative ways to recycle the materials from uniforms and other fabric products. Since 2017, Air Canada has donated more than 90 tonnes (99 tons) of discontinued uniforms and 50 tonnes (55 tons) of things like duvets and banners.

The company’s recycling efforts are quite extensive as well. In addition to recycling plastic, the airline is also recycling batteries and cell phones in a program known as “Call2Recycle.” As of January 2020, the company has eliminated more than 11,000 kg of batteries.7

The airline also plans to improve the way it handles de-icing. Currently, this practice commonly requires ethylene glycol to clean stormwater run-off from the aircraft. This substance can have severe impacts on wildlife due to its toxicology and can pollute several types of water sources.8,9

In one of the most creative sustainable initiatives in aviation, Air Canada also created “The Round Trip Collection,” made from repurposed aircraft cabin materials. A Canadian company called Mariclaro uses materials like old leather seat covers and transforms them into beautiful handbags and other accessories.

The airline also underwent a water use audit to identify methods for reducing Vancouver facilities’ water use by 30% by 2020. The audit revealed these measures to decrease Air Canada’s water use by as much as 40%:

Scientists have called plane noise “the most detrimental environmental effect of aviation.”10

The most notable impacts caused by airplane noise are as follows:

To limit and reduce the impact of flight noise, new aircraft designs are being tested and placed in action.

For example, the airline states that all of its fleet exceeds the ICAO’s Chapter 3 noise standards. Some of their more recent models, including the Boeing 777, Boeing 787 Dreamliner, and the new Airbus 220 meet the Chapter 4 noise standard, which is even quieter than Chapter 3. In general, expect a 75% noise footprint reduction compared to other aircraft.

Despite having done so much to reduce its carbon footprint already, Air Canada is looking for other opportunities to improve its sustainability beyond the hangars, offices, and aircrafts. One of these efforts is their recently developed Environmental Management System (EMS).

The company first pursued a certified EMS in 2017 through the IEnvA, or IATA (International Air Transport Association) Environmental Assessment system. This is an evaluation program designed specifically to assess an airline’s environmental management independently.11

In late 2020, Air Canada became the first North American airline to be certified for IEnvA Stage 2.

How Can You Do Even More?

Based on a careful review of the Leaveless pillars, it seems that the airline has developed an in-depth, practical approach to reducing the aviation industry’s GHG emissions. Yet, even a multifaceted plan such as this is not enough on its own.

Notice that many of these initiatives will take years to come to fruition, such as the transition to biogas or and substantial noise reductions. As the world waits for initiatives like this to be realized, people must also engage in tree planting offset projects that have more expansive benefits, such as providing much-needed habitats to endangered habitats and mitigating soil erosion, like tree-planting efforts. The best carbon offset programs increase the earth’s carbon dioxide-sequestering capacity and provide much-needed habitat to endangered wildlife.

Before your next flight, use an ecological footprint calculator to figure up your emissions in order to truly understand and reduce your environmental impact. Simply input your flight’s details to get a personalized datasheet and tips for reducing your footprint from the moment you land. Then, you can rest assured knowing you can still travel without increasing greenhouse gases, even with using Air Canada’s carbon offset program Leaveless. 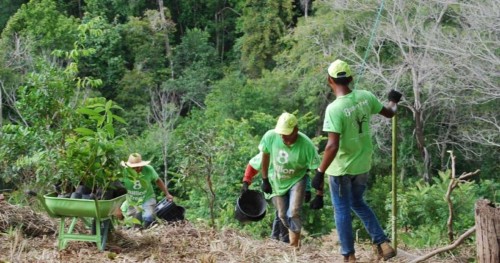