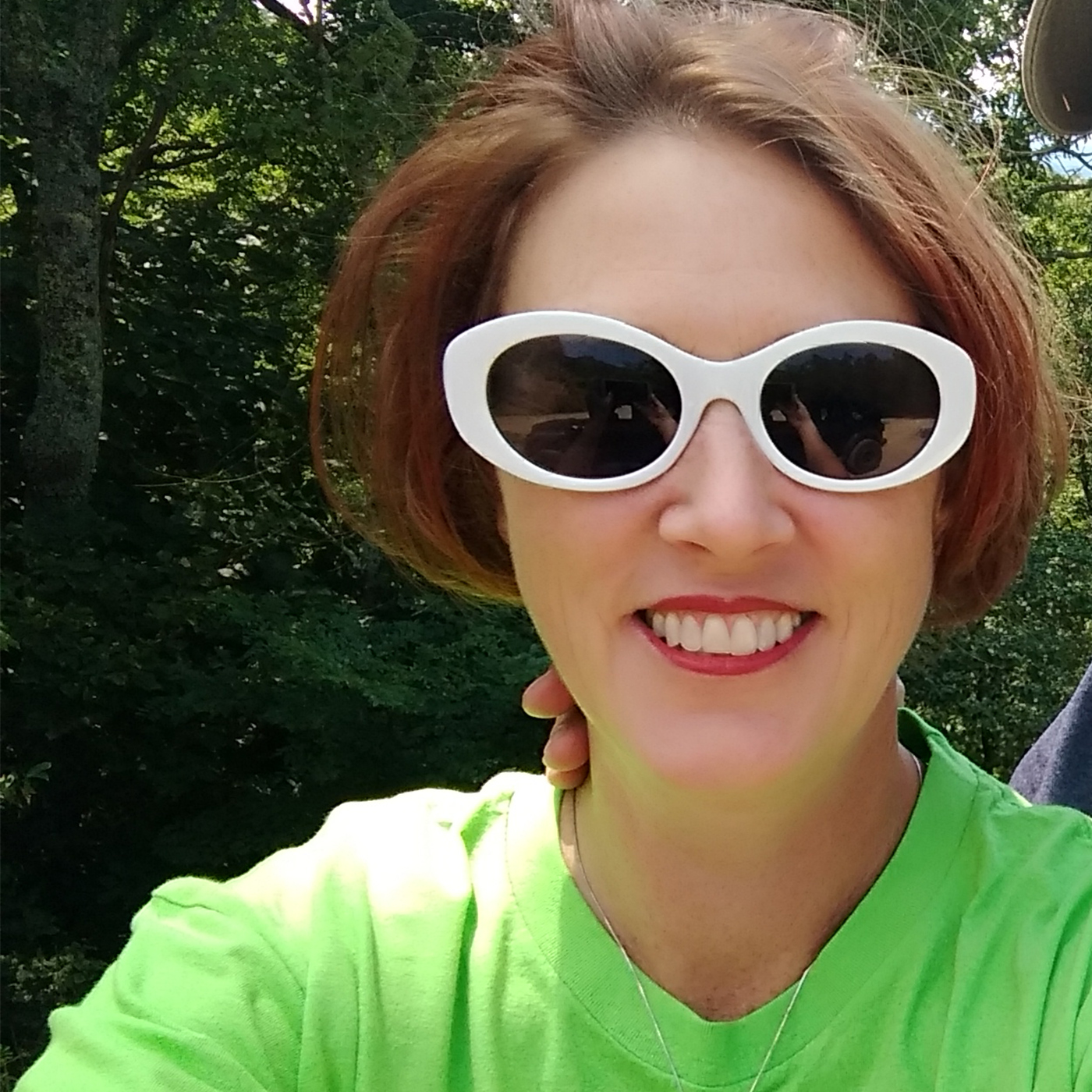 Carbon offsets and carbon removal offsets are a major part of the current climate solution in 2022. They come in many forms, ranging from tree planting carbon offsets to direct removal methods and beyond.

Many people wonder about these tools that fight climate change, but you won’t have to wonder after reading this article. We’ve taken out all of the guesswork. 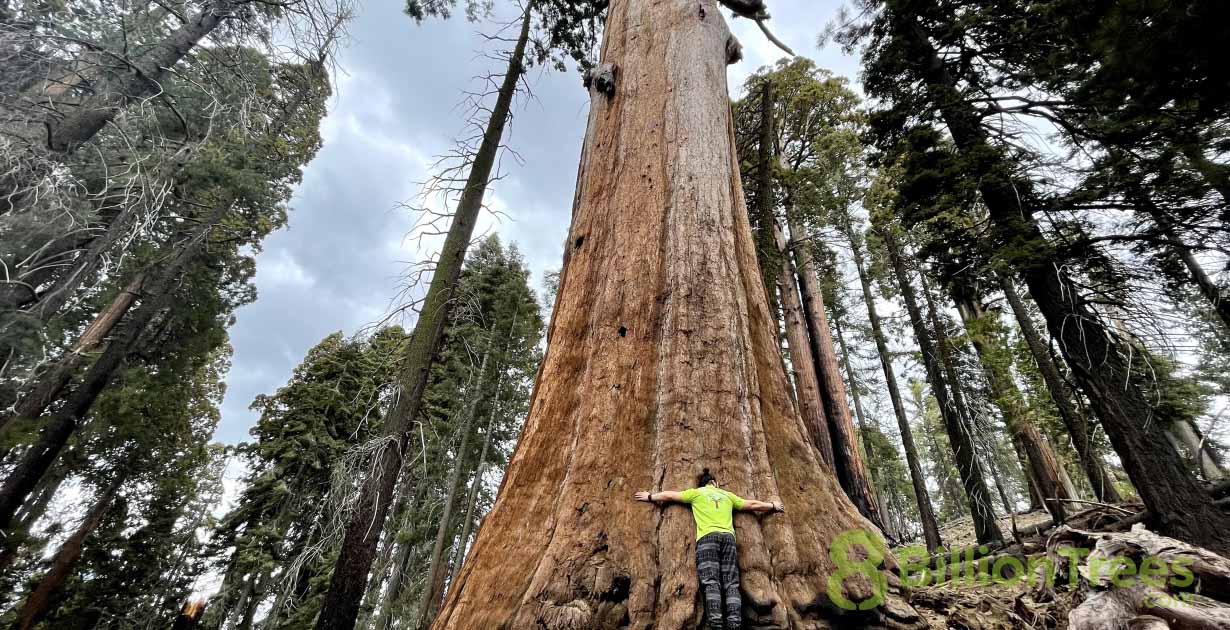 In today’s environmentally challenged climate, carbon offsets are growing in recognition as one of the most important weapons to fight emissions. But many people wonder what exactly are these offset programs, and why are they crucial for combating the dire situation facing our planet?

Unraveling Carbon Offsets & How They Work

By definition, carbon offsets are an “action or activity (such as the planting of carbon offsets trees or carbon sequestration) that compensates for the emission of carbon dioxide or other greenhouse gases to the atmosphere.”1

In other words, carbon offsets are a method we can use to combat global warming by erasing the carbon footprints we generate every day. Your total footprint includes many greenhouse gasses, but most carbon offsets are geared toward tackling CO2 emissions since they are the chief cause of climate change.

Nearly everything that makes our lives simpler or more convenient can contribute to climate change. Whether that’s driving your vehicle, processing your drinking water, or just charging your phone, all these actions produce carbon emissions. As a species, humans are consuming resources at a rate never seen before, which is exactly why reducing your carbon footprint has never been more important. Fortunately, many individuals and companies are working to combat the problem, hoping it may not be too little, too late 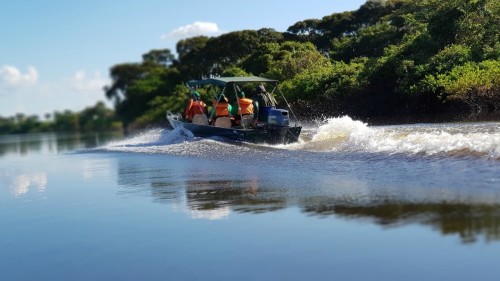 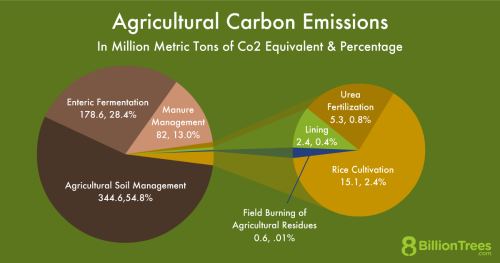 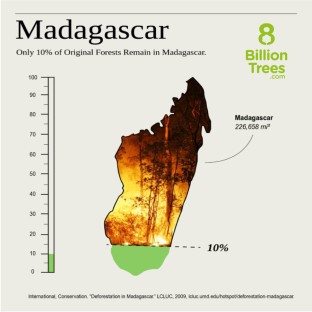 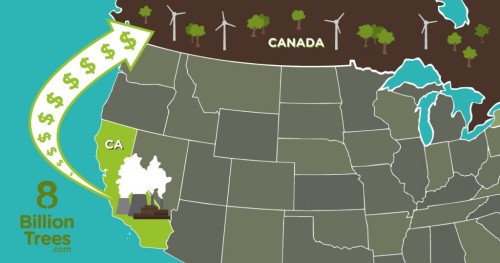 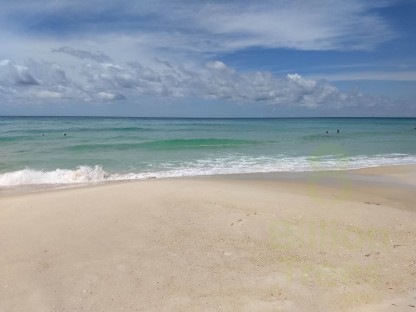 Carbon Offsets for Boats: Erase the Ecological Footprint of Your Watercraft 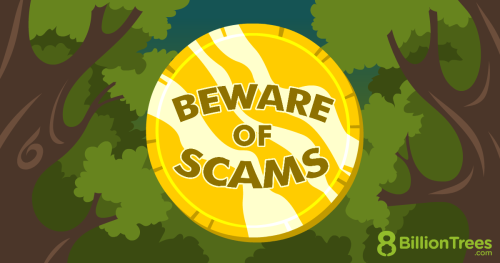 How to Avoid Scams and Pick Verified Carbon Offsets (Guide) 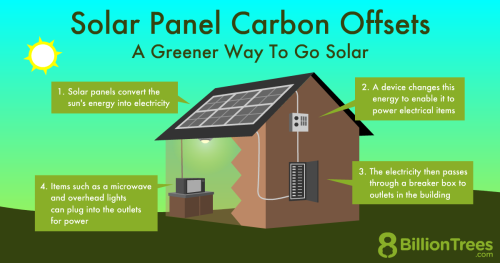 Why Carbon Offsets Are Needed

The population of the planet in 2021 is about 7.8 billion people and rising. The most developed nations produce (in general) the most excess carbon, which is why GHG emission reduction (greenhouse gas emission reduction) is paramount.

Carbon offsets reduce carbon footprints through investment or activity that sequesters (stores) carbon or reduces greenhouse gas emissions. Basically, using a specific program, the offset “equals” the amount of carbon emissions you generate. For example, forestry offsets plant native species of trees to replace areas that have been destroyed. The trees act as a carbon sink and sequester the CO2 made by flying, or driving, or electricity. 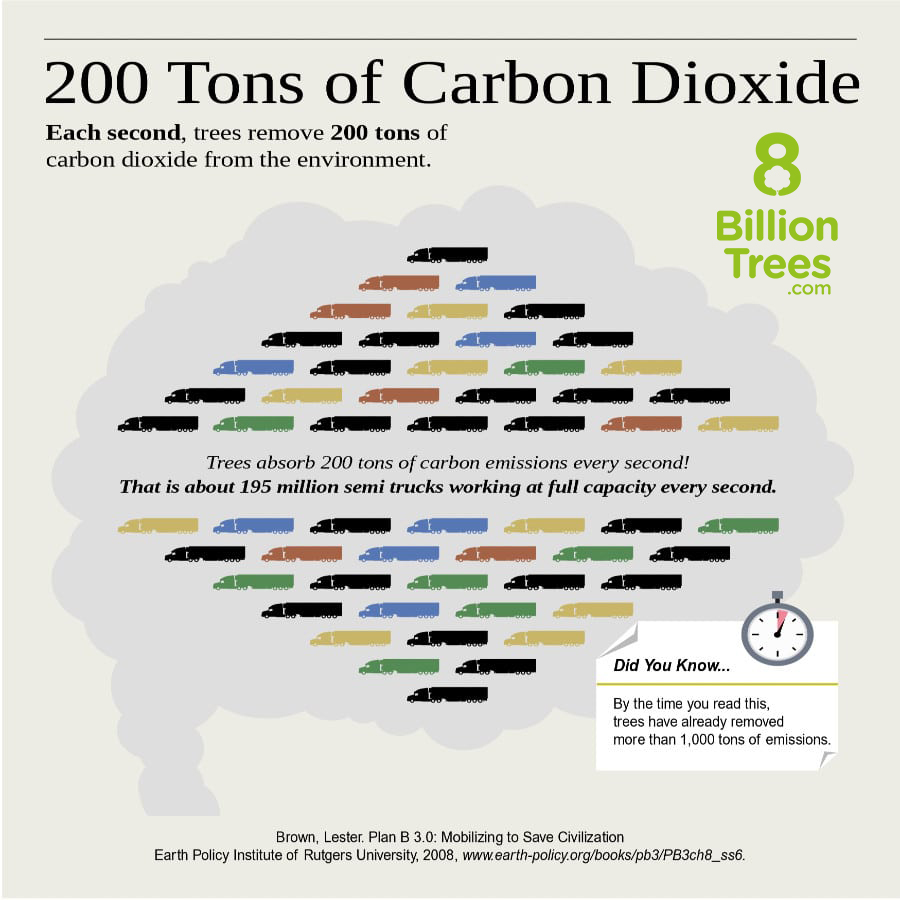 The cost of a carbon offset varies widely each year, as the market fluctuates. Likewise, the type of program impacts the cost of the offset and so does the ‘amount’ of carbon emissions you want to erase. Carbon prices averaged (EUR) 11.40 a ton in 2008, but 90 percent of providers now set their own prices.

Although there are countless small ways you can personally reduce emissions, the scope of this article will discuss scalable carbon offsets. The best carbon offset programs are not only for individuals, they’re perfect for business carbon offsetting, too!

Note: the first step before you buy carbon offsets is using a carbon footprint calculator to find your precise emissions.

While one tree a day falls short of what’s needed, the catchy motto “Planting a tree a day helps keep emissions at bay” certainly encourages action that can do a whole lot of good. Every little bit counts. Even one tree. In fact, maybe it’s time to return to ancient wisdom: An ancient proverb says, “the best time to plant a tree is twenty years ago. The second-best time is now.” 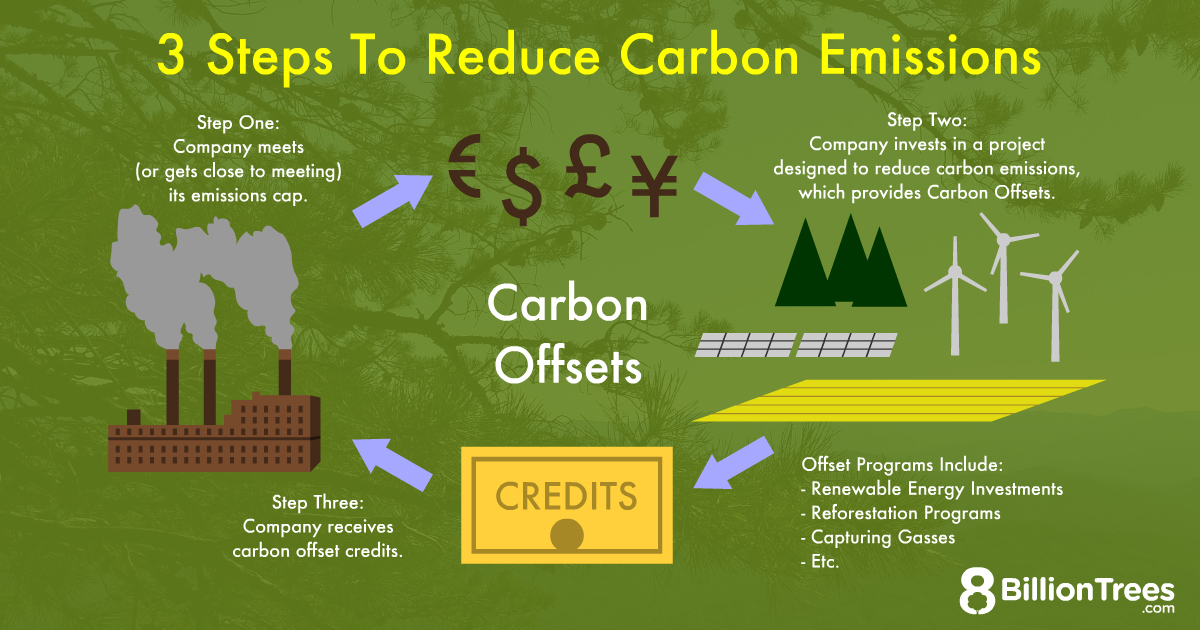 Planting trees is foundational to carbon offsetting. Here are just a few terms that describe different strategies to offset carbon pollution with trees:

8 Billion Trees specializes in all of these strategies, and also works to rehabilitate wildlife and provide sanctuaries for these displaced species.

Here’s what we mean. Studies show that old growth forests remove more carbon from the atmosphere than tree ‘farms,’ and plantations, that are simply the same species of tree planted in rows. But many of these forests, especially in the Amazon rainforest, have suffered from a vicious cycle of deforestation (mass clearing and burning), which released high levels of carbon emissions, which then contributed to changes in weather patterns, which then made wildfires and droughts possible… which then releases more carbon emissions, and so on, and so on.

In order to stop the cycle, these forests must be restored and rebuilt.

But, rebuilding an entire ecosystem requires lots of preparation and planning. Seeds from foundational native species must be hand collected and strategically planted to support the natural new growth required to reestablish the biome.

Although this strategy is more time consuming, it offers the best carbon removal offset plan available, because it restores the planet’s natural (and highly effective) carbon removal process.

Investments in renewable energy technologies provide critical CO2 offsets for modern lives. Use the following information as an offset guide to some of the valuable environmental projects/programs happening today.

For more reading on hydropower, the Department of Energy offers Hydropower Basics, and How Hydropower Works. One great example of a massive hydroelectric power system is the Tennessee Valley Authority, which uses a series of dams to generate electricity for a large part of the Southeastern United States.

For more reading on solar power:

Gravity and the pull of celestial bodies create the tides and waves, the source of tidal power. Tidal power is a form of hydropower, but today there are only prototypes for how to utilize this power source in the United States and few commercial projects, globally.

For more reading on tidal power:

Wind power uses the forces of the sky to make electricity. According to the Department of energy, the wind is actually a form of solar power. It comes from the interplay of the earth’s surface, the temperature differences in the atmosphere,­ and the way the world turns. The turbines generate electricity through movement. In 2019, wind turbines accounted for 7.3% of the U.S.’s utility-scale energy production.9

Biomass is organic matter, both flora and fauna material, but when used, can be harnessed for energy. That wood you burn in campfires is a very simple example of biomass energy conversion (but this also releases CO2, but using waste products such as manure, yard and agricultural clippings are also part of the equation.10

There are many processes that can convert this natural fuel to energy on an industrial and commercial scale. In 2019, biomass was responsible for approximately 5% of the United States’ total primary energy usage.

For more reading on biomass power:

Geothermal is exactly what it sounds like. Geo comes from Greek, meaning earth, and thermal, meaning heat. Geothermal uses heat from the earth: Steam drives turbines for power generators. In 2019, geothermal power plants generated .04% of the United States’ utility-scale electricity.11

For more reading on geothermal power:

Carbon offsets come in many forms. In fact, some are quite inventive. Methane capture takes a very harmful greenhouse gas and converts it into energy. Methane is the most dangerous greenhouse gas, so innovations that convert this into a usable resource benefit both the planet, and the people and animals who live on Earth.

The Environmental and Energy Study Institute says that “Typically, one million tons of landfill waste emit approximately 432,000 cubic feet of LFG per day, enough to produce either 0.78 MW of electricity or 216 MMBtu of heat.” Wouldn’t it be great if we could capture all that and use it to power our lives?

Landfill gas utilization projects are designed to do just that by capturing, processing, and turning GHGs into useful energy. In 2018, municipal solid waste landfills accounted for 15% of methane emissions in the United States.

For more reading on landfill gas:

Livestock manure is one of the largest sources of methane in our atmosphere and methane is one of the primary gases responsible for climate change. But methane can be captured and used for energy, and some farmers are finding that it could be a potential new income for them, as well. In 2018, manure management accounted for 10% of methane emissions in the United States.

For more reading on agriculture methane:

Now That You Know All About Carbon Offsets, How Do Your Emissions Compare?

Depending on your lifestyle, you may need to offset more or fewer activities than others. It’s easy to find out! Take the next step by measuring your emissions with an ecological footprint calculator here. These online tools provide a quick way to illuminate the areas in your daily life that are contributing to the most emissions, so you can make immediately changes that will help reduce them. Simple things like air drying one load of laundry a week can have a big impact.

Stop The Devastation – Reduce Your Carbon Footprint With Ease

We know tree planting for carbon offsetting every little thing or using another offset strategy to erase emissions can seem daunting, but remember, the journey of a thousand miles begins with a single step. The GOOD NEWS is we’ve made it easy to become carbon neutral and we can work towards becoming carbon negative together! 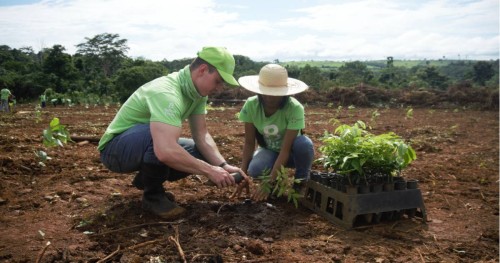 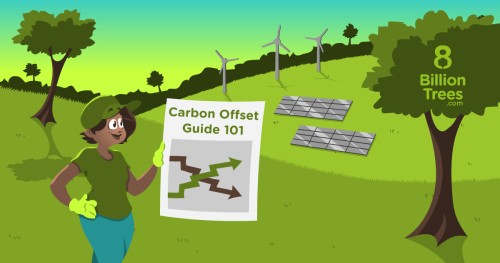 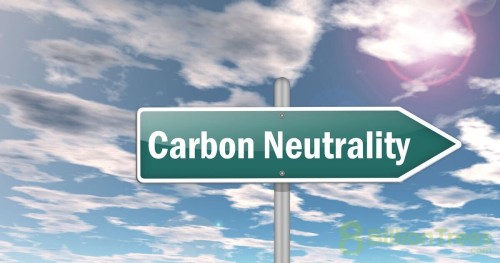 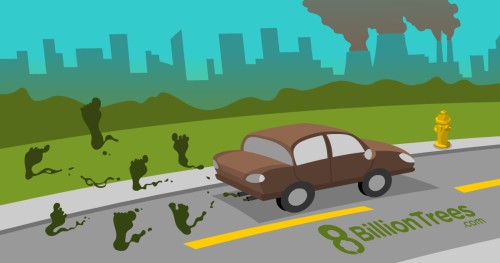 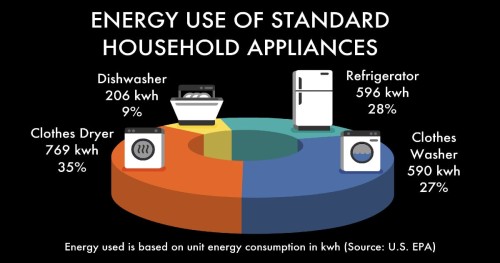 How to Reduce Your Carbon Footprint: Be Carbon Neutral in One Week! 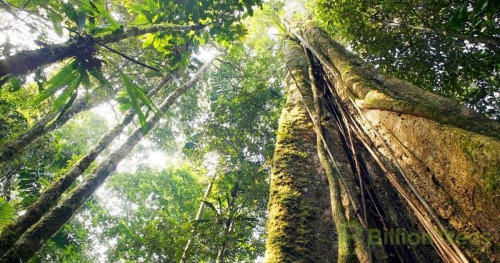 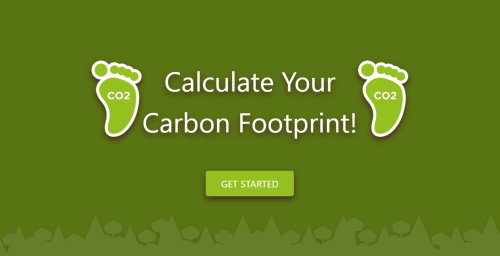 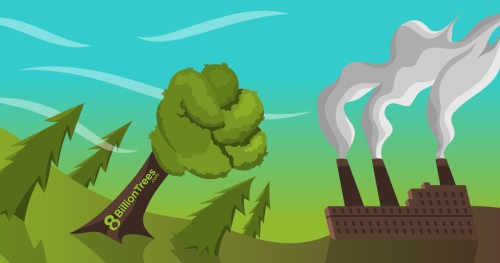 10 of the Best & Most Popular Carbon Offset Providers of 2022 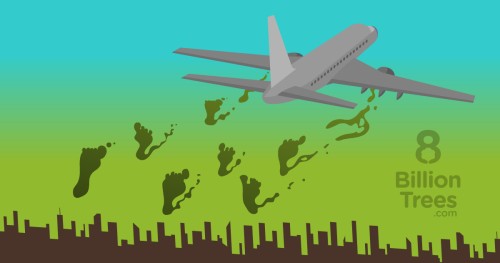 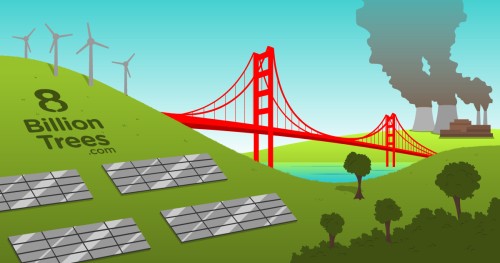 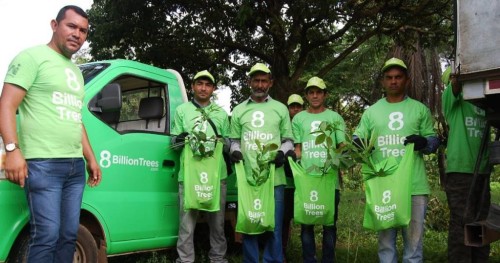 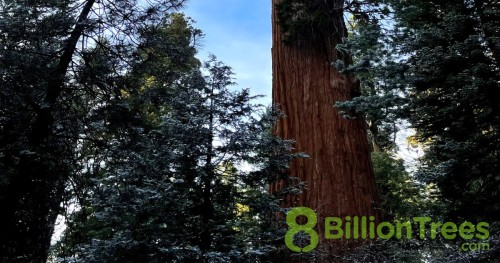 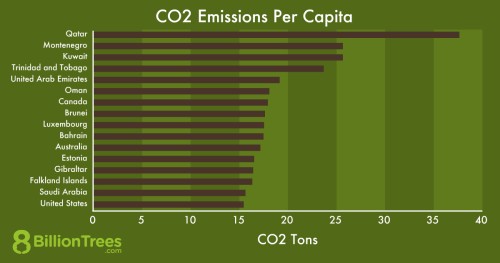 CO2 Emissions By Country: Who's Responsible for Climate Change? 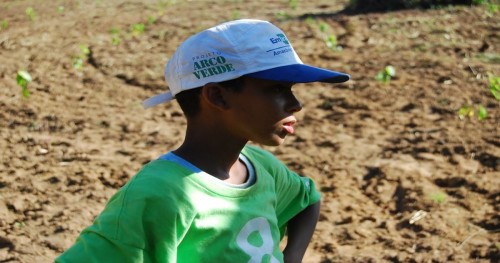