The giant coconut crab, also known as the robber crab, is a species of hermit crab. Their diet encompasses a variety of things, so anything left unattended becomes a potential source of food for them, including any smelly objects you have laying around. They will investigate the potential food item and then carry it away, earning them the nickname “robber crab.”

It is also the latest terrestrial arthropod— the group of invertebrates that includes crabs, insects, spiders and centipedes— in the world. This massive crustacean can grow to as much as 9 pounds and 3 feet in length, and can lift the weight of a 10 year old child… earning them the other part of their name, “giant.” 14

Keep reading to learn more about this strange creature…

You probably already think you’ve learned all the interesting facts about giant coconut crabs that you can, but there’s still some worth mentioning. In fact, these fascinating facts about these little — or rather, big — thieves might just make you question what you know about crustaceans.

What Are Coconut Crabs?

While the Japanese spider crab is technically the largest crustacean in the world, they only live in the ocean itself. Because of this, the coconut crab wins the title of the largest crab found on land.19

These armored giants can also live up to 60 years old. 14

Coconut crabs are part of the crab family, which also includes animals like lobsters and shrimp, but the only species within its genus, Birgus… Making it a very unique animal. Expand the scope a little more, though, and you’ll find that these giants are actually a type of hermit crab. 14

Like other hermit crabs, the young juveniles utilize empty gastropod shells for protection until they develop a strong enough exoskeleton and can stop carrying a shell. When they’re young, if they cannot find an empty shell to use to protect its thin, soft shell, it will wear a coconut husk on its back, partially leading to its common name of “coconut crab.”24

Why it’s called a “robber crab,” though, has to do with its interesting eating habits…

What Do These Robber Crabs Eat?

Coconut crabs are scavengers with a general, and wide, taste pallet. They primarily feed on fruits, nuts, seeds, the pith of fallen trees, and decayed or decaying flesh, but are most known for eating coconut meat. They also will purposefully eat the shells of other crabs as a way to ingest calcium.14

These non-picky eaters use their huge pincers, what some people call claws, to crack open coconuts to get to the soft, fleshy meat inside. The largest coconut crabs have been known to exert a 742 pound force with their pincers, so this is no hard feat for most of them. 14

If the coconut shell is too hard, or the crab too young, they’ve also been known to drop coconuts from trees, strike them repeatedly with their pincers, or pierce the husk first before cracking the shell open all the way. 14

So, it’s pretty hard to keep these crabs away from their coconut meals.

Part of the reason coconuts are a good food source for them is that their legs have specially evolved to climb palm trees. The walking legs on these creatures are curved and claw-like, giving them almost a spidery appearance, but which allow them to grip the side of tree trunks.14

Coconuts aren’t the only favorite on the menu for these crustaceans, though. In fact, they are one of the only crabs that will prey on animals, too.

Most other crabs live on the edge of the water or exclusively in the ocean, with dead marine worms, flesh of other dead marine life as their food source… So they aren’t usually thought of as vicious hunters. 14

Coconut crabs have actually been recorded as being predators of rats, other coconut crabs, and even large migratory birds, such as boobies. They will mount attacks at night when they have the advantage, snatching unsuspecting prey that pass too close to their burrows… much like the trapdoor spider. 17,18 According to scientists, this unusual predatory behavior is an adaptation due to their food source… Since they are stuck on land, sometimes they must find something other than coconuts to eat.14

This scavenging nature is partially why these creatures are sometimes called robber crabs, but these crabs go beyond thieving from carcasses. In 1906, English naturalist Henry Ridley described how coconut crabs were stealing items from his tent, such as saucepans, bottles, and even a boot.19

He further described how one snatched away a towel while he was cooking dinner, and on a different night, one robber crab found a bottle of quinine— a medicine for malaria— laying by his head, which he later found open but unbroken a short distance from his tent.22

In 1976, another researcher wrote that he even saw a coconut crab carrying around a bottle of whiskey. They’ve also been sighted fighting over wristwatches and taking sandals and cooking tins, but they never get very far before determining whatever they stole isn’t edible.22

Scientists believe that the reason these conniving crabs steal these specific items is related to their acute sense of smell. 19

These items, whether because they were used for cooking or were near to someone’s sweaty skin, smelled like a potential food source at first, and the robber crabs had to check them out.

Why Are Scavengers and Decomposers So Important?

Decomposers and scavengers, like the coconut crab, are actually a very important facet in Earth’s ecosystems.

Scavengers are animals that find dead plants or animals and eat the remains to gain nutrients from the decaying matter. Once a scavenger has gotten all the nutrients it can from the carcass or dead plant matter, a decomposer finishes the job. Many decomposers are so small that they are microscopic and cannot be seen without a microscope, while some, like fungi, can be seen by the human eye. 16

These organisms then break down what is leftover, so that the waste is completely gone and it’s nutrients can be recycled back into the soil or elsewhere.

If these special creatures and organisms did not exist, dead plants, animals, and waste (fecal matter) from other organisms would not get a chance to break down. It would begin to pile up, leading to ecosystems crowded with waste that can cause health issues for most organisms. Plants also wouldn’t get essential nutrients from the decomposition process, so plant numbers would dwindle, and eventually any organisms dependent on those plants — like humans— would suffer the consequences as well. 16

So, even though these strange crabs may not seem all that crucial to our survival as humans, they absolutely play an integral part in the way the world works, and its precarious balance.

Where Do Coconut Crabs Live?

These giant scavengers are found on islands all across the Indian Ocean and the Pacific Ocean, with a similar distribution to the coconut palm. They used to exist in abundance in places like Australia, Madagascar, and India, but have been extirpated from most of these areas due to their significant human population, and the hunting and habitat loss that comes with it. 4 These animals may not like to be around humans, but they don’t like being around other crabs either. In fact, they are very introverted creatures.

On their isolated islands, giant coconut crabs live in solitary shelters, in dirt or sand burrows that they dig, or rock crevices depending on the area’s terrain. The animal tends to only come out of these burrows at night, for both protection and to reduce water loss from the heat of the sun. 4

These animal’s burrows are lined with coconut bedding, from the fine, but strong, fibers of the coconut husk. When in its burrow, the crab closes the entrance with one of its claws, to maintain a moist environment within the burrow. It usually always lives alone, and doesn’t come out during the day unless large coconut crab populations create enough competition that it must do so to gain an advantage in the search for food. They also may leave the burrow when it’s raining or especially humid, as these conditions let them breathe with ease. 4

The coconut crabs spend their entire lives on land and in these burrows, and will only return to sea to lay their eggs.4

Coconut crabs, once they are adults, have no known predators other than humans, or other coconut crabs. 1 Despite this, their population levels have been steadily shrinking each year.
The coconut crab’s size and quality of meat make it extensively hunted throughout history, which is why it’s extremely rare on islands with human population.1

It is still often eaten as a delicacy— and sometimes an aphrodisiac— on various isolated islands, threatening its survival in some areas.2 Unfortunately, coconut crabs in several spots across the world are suffering from population decline, or have already become locally extinct. This is due to both human predation, and habitat loss from development, deforestation, and land-mass loss due to rising sea levels.8

One of the main threats to the species is the total loss of their unique habitats. Most populations of these sneaky crabs live in low-lying island atolls — a unique geological formation of a ring-shaped coral reef — which are all at risk of being entirely lost to the ocean in the face of global warming, and soon.19

Sea levels have risen extensively already, and are continuing to rise at a rate of one eighth of an inch per year.25

In 1981, this crab was listed as a vulnerable species, but a lack of biological research caused its status to change to “data deficient” in 1996.7 Luckily, enough interest was gained, and therefore research done, to move the species’ status back to “vulnerable” in 2018.6

Unfortunately, this vulnerable status does not have a lot of hope of improving if something doesn’t change. It’s estimated that coconut crab populations have declined by at least 30 percent in the past 60 years, and this trend is projected to continue for another 20 years.19

With the rate that the ocean levels are rising, and the low sea-level areas that these crabs inhabit, they may begin to decline even more rapidly.

These creature’s populations have been decimated from over harvesting and habitat loss, but their slow population growth rate will make it hard for them to repopulate again.19

There are some regulations to protect these crabs in many of the Pacific islands that they inhabit, but the specifics of these regulations vary a lot by country, time of year, and location. In some areas, females who are carrying eggs on their underbellies are specifically protected.19

Help Save This Special Species, and Ensure the Coconut Crab’s Survival

Although this crab may look like a giant tank version of a spider and eat dead flesh, it’s virtually harmless to humans, yet crucial for the balance of the ecosystems it inhabits. As with every organism, its weird quirks actually help to maintain a healthy planet and its place in the food chain is important… but important enough to take it off the menu for human consumption.

Some ways that you can help ensure the survival of this species are:

Since you likely do not have the power to directly help the coconut crabs in their natural habitat, support these strange animals by doing what you can to mitigate climate change, so that their habitats will remain, and the robber crabs will survive to steal more random objects. 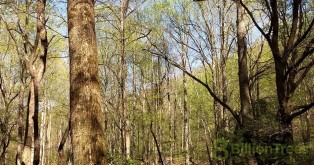 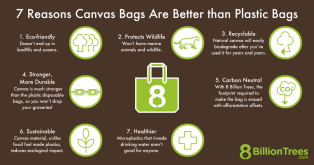 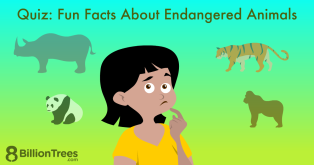 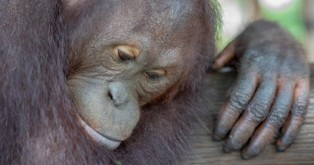 To Save the Orangutans Trees Are Our Only Hope

1Biology of the Land Crabs. (n.d.). Retrieved August 31, 2021, from  <https://books.google.com/books/about/Biology_of_the_Land_Crabs.html?id=RR09AAAAIAAJ>

12Summary of the deep-sea zoological work of the Royal Indian Marine Survey Ship Investigator from 1884 to 1897 – Medical History of British India – National Library of Scotland. (2021, September 1). Retrieved August 31, 2021, from  <https://digital.nls.uk/indiapapers/browse/archive/75002879?&mode=fullsize>

16What is a decomposer? (n.d.). Retrieved August 31, 2021, from  <https://www.qrg.northwestern.edu/projects/marssim/simhtml/info/whats-a-decomposer.html>